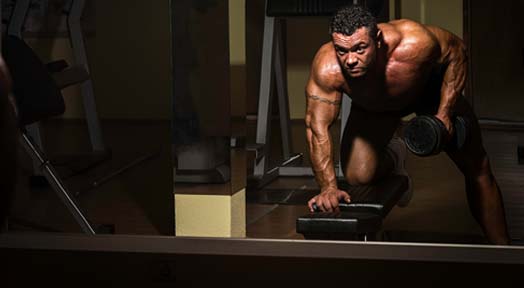 Lifters generally start training their bodies to build muscle for one of two reasons. Some train for a large muscular build such as those that aspire to become professional bodybuilders or achieve that look while others with the hopes of becoming strong athletes such as powerlifters focus their training efforts to gaining strength. To know which one is best for you take a look at the difference between gaining strength vs muscle gain.

What is the difference between gaining strength vs muscle gain?

Before we begin to identify the difference in training methods we first need to have a basic understanding of how both gaining strength and mass actually work.

When referring to the strength of an individual what we are generally speaking of is the ability of that person to increase the amount of forced produced. Mass on the other hand is about creating a pumped physique by inflicting microscopic tears to the muscle tissue to stimulate growth when it repairs itself known widely among the bodybuilding industry as hypertrophy.

Powerlifters when training to increase their strength as a rule will lower the number of reps for each exercise while using much heavier weights. As a result an effective strength training workout is considered as one which is designed to train the body's central nervous system to recruit more muscle tissue to perform the required exercises. Contrary to the principles of strength training hypertrophy for building mass is mainly dependent on a physiological nature by building your body by forcing the muscle tissues to develop strength.

You may have occasionally seen an individual at the local gym performing bicep curls by pitching the lower back while lifting the weight, or a person with such a huge muscular build that he is literally unable to position himself near parallel when performing the squat. These are just two of the common disadvantages to having too large a muscular build. An effective bodybuilding program is not about focusing on the weight lifting activity. Rather it is known to include a specific method of training allowing the person to utilize the aspects of weightlifting within a number of exercises to increase muscle build.

Training with too heavy weights are known for creating a number of disadvantages such as:

Bottom line, very few people at the gym are overly concerned at how much weight you're actually able to lift. Those who do are most likely caught in the same fitness boat your probably sinking in. Men, if you're unable to cope with your current weight used for training by performing a minimum of six controlled reps then you're doing one of two things; either you're training using a range of poor lifting techniques or you're really not training for building mass, but rather increased strength.

Bodybuilding like any other professional sport is successful when directed by deciding moral beliefs. If your training goal is to build your muscle mass you need to follow a few basic principles including: