Can Polarized Training Improve Your Performance 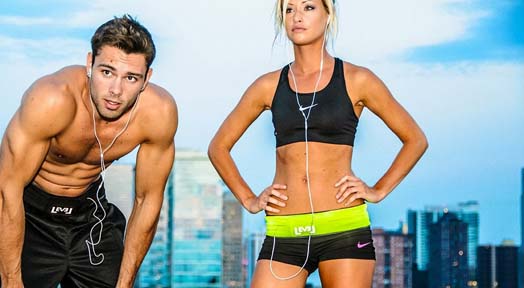 Can polarized training improve performance? The goal of any successful workout is to surpass the highest level of adaptation of the polarized training routine without subjecting the used to any forms of fatigue. Unlike the average beginner to moderately trained exerciser. The professional athlete requires a high performance routine to lose more weight, burn calories at a faster rate. Due to the associated goals set within their high impact workouts. For the moderate to average fitness enthusiast, the only way to be beneficial to these results is to implement. What is referred to as an adaptive approach to this training routine rather than subjecting themselves to this overwhelming workout.

How to start a polarized training program

When building a polarized training program, detail evaluation and assessment relative to your ability. This observation will typically include specific fitness tests determining your lactate profile, utilization of oxygen produced within the body, and field response tests.

How to measure lactic threshold

To successfully determine the lactic threshold it does not necessarily require testing in a laboratory. You can test it by observing your breathing pattern during the field exercise. An athlete during testing will generally display less controlled breathing patterns coupled with gasping. Whenever the lactate threshold is exceeded.

The test is known as power profiling developed by the author, exercise physiologist and former caliber masters cyclist Andrew Coggan, Ph.D. He suggests that the maximum power exerted by the athlete be assessed at intervals of 5 seconds, five minutes and then 20 minutes. The test conducted during the 5 minute period bears reference to the oxygen utilization on the individual obtained in the laboratory, while the 20 minute test is to obtain a direct reading of the anaerobic threshold. While conducting field tests it has been suggested that recording the athlete’s performance on film will allow researchers to have a more detailed view of their movements while performing within different zones. This in turn will give them a better understanding of their mechanics. It will allow them to make corrections for improving performance.

Most professional trainers suggest that their athletes are tested every four to eight weeks in a series of both lab and field tests to set a mandate relative to improving the performance capability of their athletes. Most athletes however due to their competitive nature are always setting new goals to break through to the next level to improve their peak performance. This has resulted in their use of a polarized training model for their workout. With a few modifications the everyday gym goer can use polarized training to asses their fitness level and set new goals.