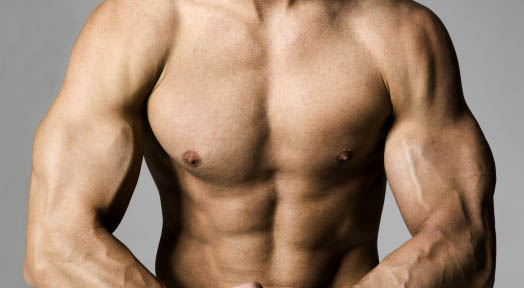 Normally whenever we consume foods by eating or drinking, our bodies will typically burn the calories contained in the food and use them for energy to complete our daily tasks. However in some cases the body will occasionally store these calories as fat to be used at a later date. By consuming too many calories at one time will send the body's system into a type of overload mode forcing the body to store the excess and unused calories as fat so it's important for you to have a clean eating diet.

How to start the Clean Eating Diet

As a person's weight increases due to their over consumption of foods loads with excess calories, the goal of getting that sculptured and finely chiseled body becomes exceedingly difficult. However with the correct clean eating diet in place and a lot of dedication, one can achieve that long desired ripped body without the excessive shed of blood, sweat, and tears at the gym.

Starting with the Basics

It has been scientifically proven that one pound of a person's body weight is equivalent to 3,500 calories. When calculated, a person consuming 500 calories less within their diet should effectively lose one pound on a weekly basis. However by taking this approach alone will see not only a loss in unwanted fat, but also result in a decrease in muscle mass and thus a loss of strength.

Most athletes and fitness enthusiasts however will embark only on exercise, workout and diet programs specifically designed to decreasing body fat while increasing muscle mass. To successfully achieve this task will take a much different approach than the basic calculations of cutting calories. Thus we must first gain a full knowledge on the impact of blood sugar levels on a person's metabolism.

Speeding up your metabolism

The function of the body's metabolism solely relies on the amount of sugar or glucose within the bloodstream and functions at it's peak whenever this glucose level is at a particular level.

Whenever the blood sugar-levels gets too high the body releases a fat-storing hormone known as Insulin, which has the ability of removing the glucose from within the blood-stream thus storing it as fat to be later converted into energy. However whenever the blood-sugar levels are too low, the body thinks it is starving which reacts by slowing down the rate of metabolism resulting in the inability to burn fat which in effects prevents weight loss.

What is the correct blood sugar level for you?

So this leads to the million dollar question, "How does a person attain the correct blood-sugar level?" The answer is surprisingly simple as maintaining the optimal range within blood-sugar levels is dependent on what a person eats and how that person eats. Whenever a person consumes foods with a high rate of carbohydrates, the body successfully converts those carbohydrates into sugar to be used as energy which is vital to the workout routine. However various carbohydrates are converted as sugar as different rates accordingly.

Carbohydrates such as included in beans, vegetables and berries which are rich in fiber content have typically been found to be converted at a rather slow rate. While foods like candy, pasta, bread and alcoholic beverages are more easily and quickly converted. Consuming an excess of fast carbohydrates at once forces the human body to release a vast amount of Insulin commonly referred to as an "Insulin spike" which inevitably forces the system into a fat storing resulting from the body lowering the rate of metabolism.

The advantage of the clean eating diet

The human body reacts to various forms of calories within specific foods of a person's diet including types of proteins, fats and carbohydrates. Considering the fact that proteins, fiber, and fat are all converted at a slow rate it is essential that while exercising and dieting, a person should combine their meals with both fast carbs rich in fiber and slow converting carbs including fats and proteins in order to maintain the blood-sugar levels at a low level just enough to prevent the body from releasing extra insulin keeping it in a fat burning mode while performing their daily workout.

By successfully maintaining a clean eating diet rich in lean proteins and fiber content as included in vegetables and avoiding extra calories, increasing their muscle mass and strength body becomes a simple task of pure will power and common sense as the body is now able to utilize the existing calories converting them to energy used in performing effective high frequency workouts.