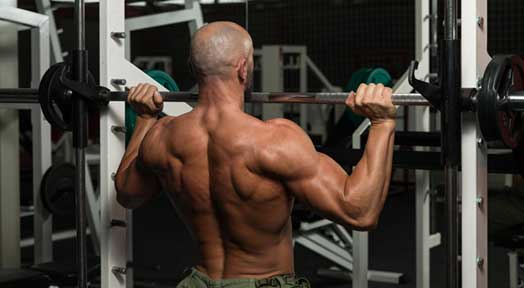 Typically designed for weight training, the dos and donts using smith machine. Smith Machine consists of a barbell fixed by a set of steel rails thus allowing vertical movements. There are however variations of this machine which will allow a minimal level of movement in the forward and backward direction.

Tips on how to use a Smith Machine

A specific weight rack is used at the base of the machine to stabilize it while using. The barbell of the machine is counterbalanced and allows the machine to be used in an exercise routine including a variety of squat exercises by the user during weight training.

Jack LaLanne the inventor of the Smith Machine

Originally created by Jack LaLanne in the 1950's, the Smith machine was rigged to be used as a type of sliding apparatus in his gym. The device caught the attention of Rudy Smith the bath house manager at the time who commissioned Paul Martin to make improvements to it's original design. The modified version was installed within the Vic Tanny's gym in Los Angeles elevating Rudy Smith to the position of executive throughout Tanny's gyms as more Machines were produced and sold on a larger scale.

Located behind each of the vertical posts you will find a group of available slots, each of which the barbell being used can be hooked at any one time. Unlike the regular barbell, the Smith Machine will not require the user to re-rack the machine after completing each set of repetitions as it has the ability to be fixed securely at any point.

This option was designed for the purpose of making it easier for the user to complete his/her routine without the use of a spotter should they run into any difficulty as the person would only be required to simply twist their wrist to lock the barbell into position. There are some variations of the  Machine which are fitted with pegs, or block mechanisms which can be manually adjusted to restrict the movement of the barbell used at any point of height predetermined by the user.

The Smith Machine, unlike the typical free weighted barbell does not have the ability to move in a forward, backward, or even sideways direction. Lifting on the Smith Machine generally requires less stabilization on the part of the user which inadvertently allows the person to increase their weight limits accordingly as opposed to the traditional method of the free-weight barbell system. However by regularly using the Smith Machine for an exercise program without including the use of free-weights or implementing body-weight training exercises will give rise to imbalances and poor stabilization of muscle development greatly increasing the possibility of injury to the user while lifting.

The likes and dislikes

How to get the most out of using it

The Smith Machine was initially developed by Jack LaLanne as a part of an exercise routine including the use of free weights specifically to target a variety of muscles rather than used solely by itself. For basic weight training routines designed for the general workout, the Smith Machine has been found to be quite useful as it migrates any instance for bodily harm to the user with it's stabilized motion and the safety notches of the vertical bars to brevet the weights from falling to the base of the machine when using. that's our review of the dos and donts using smith machine.