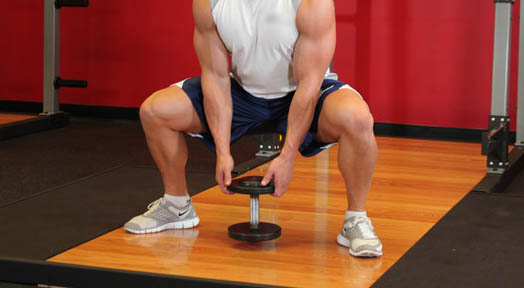 Most men today with the increasing membership and transportation costs are actively looking for new and innovative ways to maintain their exercise routine in a total body burn and calorie burn without sacrificing the benefits of the gym workout. This desire has often resulted in the introduction of a plyometric routine. The workout program to improve the efficiency and results of the exercise workout Plyometrics known for its rapid and repeated stretching and contraction of muscle tissue. It has been traditionally used by many professionals within the fitness industry to promote strength increase and stimulate with exercises total body burn.

Known for their explosive and intense movements while simultaneously targeting a selective number of muscle groups plyometric exercises are known for maintaining an elevated heart rate and blood flow for the duration of the exercise increasing the individuals metabolism rate allowing the body to remain in a state of calorie burn even after the exercise.

The Pile Squat Jump known for targeting the legs, buttocks and abdominal muscles is conventionally performed with the individual training beginning the exercise by standing in an upright position recognizing both feet apart and slightly wider than the average shoulder-width while ensuring the toes are positioned pointing in an outward direction. The person will then lower himself into a deep pile squat while clasping both hands in front of the chest. This is followed by an explosive vertical jump simultaneously touching both the heels together in a clicking motion during the jump before landing into the pile squat position using the knees. The Pile Squat Jump exercise is generally performed by completing the maximum amount of jumps possible in a duration of forty-five seconds.

Similarly targeting the legs, buttocks and abdominal muscles the Single Leg Dead Lift Hop has additionally been known for providing the individual exercising with a full body burn workout.

To begin the exercise the person while maintaining an upright position will elevate the left knee to the height of his hip while lifting his arms bending the elbows to form the shape of a football goal post. The back should be flat perfectly aligned as the person pivots forward extending the left leg behind the body until it becomes parallel to the floor. The motion is subsequently reversed into the upright position of standing on the right leg immediately followed by propelling the body in an upward motion pushing off the right leg to perform the jump landing softly on the right leg without allowing the left leg to contact the floor. The One-Legged Dead Lift Hop should be performed for a duration of thirty seconds alternatively for each leg for an effective workout.

The Pop-Up exercise is recognized for targeting the legs, buttocks, abdominal muscles, shoulders and triceps. The exercise begins with the individual laying face down on an exercising mat palms positioned beside the chest while turning under the toes of both feet. The individual will then perform a traditional push-up using the momentum gained from the movement to propel the right foot in-between both hands quickly elevating himself into a pile squat bringing both hands next to the chest followed by a reverse of the movement to the starting position. It has been suggested that the Pop-Up exercise be performed in a quick succession for a duration of forty-five seconds alternatively for both legs.