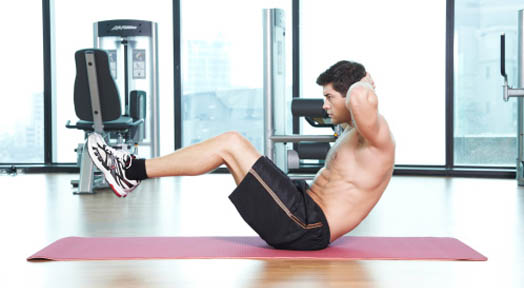 One of the most typical questions any fitness buff will as is, “Am I doing enough physical activity?.” Self-measuring the level of fitness of a person on a regular basis is by far the only way to determine how effective or ineffective their training workout is based on the progress achieved. Many of the professional fitness centers today have occasionally employed certified staff personnel who are trained to measure strength tests and evaluate the muscle strength, flexibility, endurance, composition of the body, and cardiovascular tolerance. However membership fees to these types of gyms are often too high priced for the average person to afford. Regardless, there are a few available cost free and effective ways for persons to actively perform their very own fitness tests in the comfort of their own home.

The Pushup Test has been used by many athletes to effectively measure both their endurance and muscle strength as a reflection of their level of fitness rather than the traditional strength tests such as the one rep max test. Viewed as one of the more dangerous fitness level tests, the single rep max test requires the assistance of a number of exercise equipment including, barbells, bench press and a squat rack along with a vast amount of weights. As such the self-timed pushup fitness test has been more recognized as a favorable test which can be easily performed anywhere with the use of a stopwatch or timer to measure the sixty second time period and a spotter to keep count of the number of pushups and monitor the time.

The aim of this particular test is for the individual to perform as many pushups as possible within sixty seconds recognizing the traditional pushup position. Results are based on the adjusted age guidelines published by the United States College of Sports Medicine. Individuals who may have achieved lower scores are advised to focus on strength training techniques targeting specific muscle groups including triceps, chest and shoulders with exercises such as Incline Pushups, Decline Pushups and Chest Press with Band.

The Crunch Test commonly referred in the fitness industry as the partial curl-up test measures both the individual’s endurance and abdominal strength and can be performed by completing as many traditional crunches as humanly possible within a sixty second time frame. This test has been preferably used over the standard sit-up test due to the safe nature of the exercise on the lower back muscles and better targeting of the abdominal muscles.

The crunch is performed by lying flat on the back with both knees bent, feet positioned flat on the ground and heels at a distance of about two feet from the butt. The arms are placed at both sides with palms facing downwards with both fingertips at the hips. A ruler is then used to mark a position six inches from the fingertips on the surface.

The individual should maintain positioning both hands on the ground for the duration of the test. Similar to the traditional abdominal crunch the individual uses the abdominal muscles to loft the head, neck and shoulders off the ground allowing the fingertips to slide off to the six inch marker before returning to the start position completing a single rep.

In the Crunch test the results are similarly calculated according to the guidelines set by the United States College of Sports Medicine as individuals can improve their test scores by focusing on exercises including Modified Plank, Bicycle Crunches, Knee Raises, Dumbbell Crunches and Lying Straight Leg Raises.