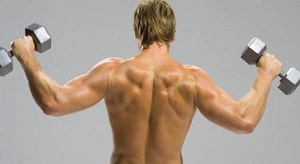 Is one of your biceps bigger than the other? What about your triceps? Quads/legs? Odds are that, even if you are one of those lucky genetic freaks, one of them is usually bigger than the other. Most of the time, a muscle imbalance is barely noticeable on people. However, there is the exception to every rule. Bigger variances often come after some sort of surgery or maybe even overuse at one’s job.

Fret not my walking-in-circles friend! There are ways to help your muscle imbalance get to non-noticeable levels. One thing to note, though…just because you have a smaller left from right (or vice versa), doesn’t mean that the smaller bodypart is weaker. There are times where it is actually the bigger of the two sides that exhibits less strength. Go figure!

The main way to train-out these imbalances is to work unilaterally. In other words, you would train one arm/leg, etc. at a time. Lets go through a few ideas for each body part for you.

you can use dumbbells for all presses. You could try doing one-arm presses, but I’d strongly advise against it. Doing them both at a time will allow your set to fail once your weaker/smaller side fails. 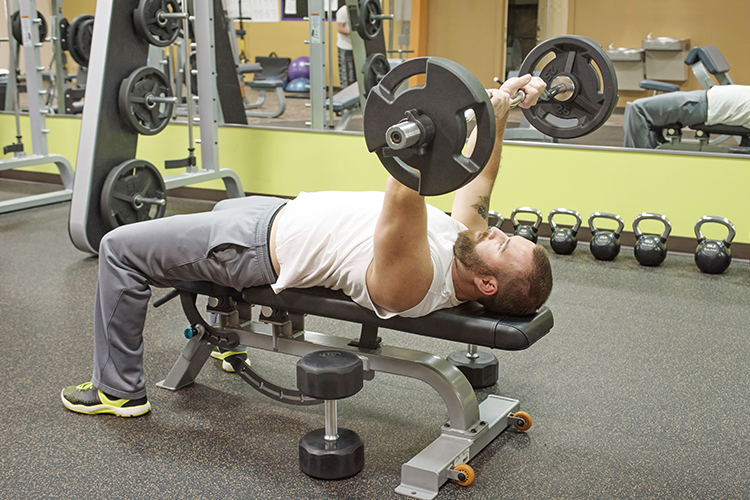 same type of deal here. Use dumbbells starting with the smaller side first. Once that gives out on your final reps, don’t continue the set. You’re done. You can try the same with TRICEPS as well. For most Triceps exercises you’d use two arms at a time, but try using dumbbells. They will also be a nice change of pace in your routine. And who knows, you may get a little overall growth as a side effect.

For Quads or Hamstrings, you can always use whatever machine you’re using one leg at a time. Obviously, you should always start with your smaller side. One thing to note, squats (for quads) and stiff-leg deadlifts (for hamstrings) with heavy weight should not be used one-leg at a time! You’ll smash your face!

You get the idea. One last thing…if you are looking for a quick fix, it ain’t gonna happen. Just like building muscle, it takes time, intensity in the gym and patience. So, if you have a sizable difference in one of your sides, try these and in a few months, you should notice less noticeable differences.