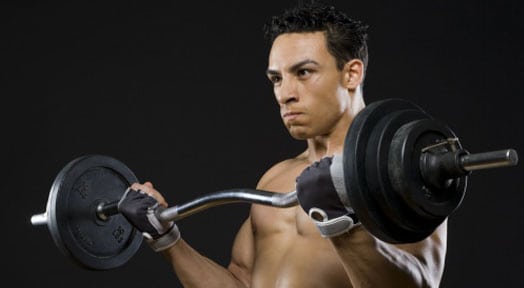 How to do the German Volume Training Routine

Irrespective of the set goals by the weight lifter, the German Volume Training routine today continues to prove itself as one of the most successful programs ever used in the world of weightlifting.\

German Volume Training made it's way onto the weightlifting scene back in 1996 by Charles Poliquin through the Muscle Media 2000 magazine. However this training workout predates this period as far back as in the 1940's.

The German Volume Training routine is specifically designed to be a demanding training routine to include a 10 step procedure of a 10 repetition superset system done within a slow tempo rate for the eccentric aspect of the weight lifting and allowing short rest periods between each superset. This routine is proven as an effective means to quickly enhance muscle growth through intense training and setting specific goals.

Originally created as the name suggests in Germany, the German Volume Training workout was adopted by a popular weight lifting coach Rolf Feser during the mid 70's. A similar version of this workout was developed in the United States by Vince Gironda. German Volume Training or GVT is also referred to as the "10 sets method" was developed specifically for weight lifters who were tired of the basic routines involved with weight training without the benefits of desired results and as a result were greatly in need of an alternative training system to achieve faster results respective to muscle enhancement and hypertrophy.

1. Choosing the correct number of reps and type of exercise routine. By scheduling a particular exercise routine to address a specific muscle set is crucial as it is important that you only perform a limited number of exercises on a weekly basis. When targeting muscle groups such as those included in the biceps it is generally suggested that exercises should be done in sets of 3 with 1-10 reps.

2. For each specific exercise the same weight is generally used to perform 10 sets of 10 reps. Beginners are urged to start off with no more than 60 percent of the maximum required performing 10 reps.

3. Rest between reps is a vital aspect as weight lifters will occasionally time themselves during rest points between sets typically between 60 to 120 seconds and is determined by the particular volume of sets or superset exercises.

4. German Volume Training requires a specific tempo when performing this routine. This is generally a 4-0-2 tempo. This is carried out by lowering the weight for four seconds, then raising and changing the direction instantly for the next two seconds. The zero signifies the amount of time the position is held at the lowest point of the lift.

5. Slow and consistent increase of weights used. Users are required to begin with a specific weights to effectively put their muscles into a state of shock thus increasing that previous weight by no more of 5 percent the following week. This has been an effective training method as it has been proven that muscle shock = muscle growth.

6. German Volume Training is a high frequency intensity workout. As such many users have found that by selectively training one part of the body allowing rest periods of four to five days have allowed significant muscle growth as each targets muscle group is allowed ample time to recover before the next training set.