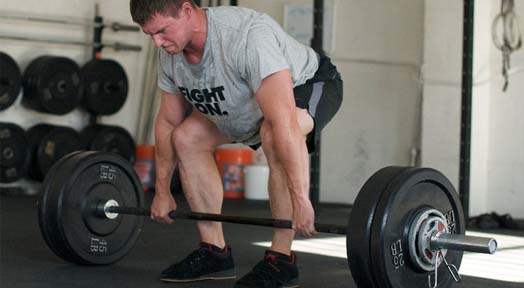 The sport of Olympic Lifting has for some time been simply referred to as weightlifting. However within the United States of America, weightlifting has been recognized as an ambiguous sporting activity, as such the term weightlifting was seldom adequate to characterize and differentiate the sport activity of Olympic-type weightlifting from bodybuilding, powerlifting or from the traditional strength training routine containing weightlifting exercises performed at the local gym.

For this reason the term Olympic lifting was adopted as the more widely acceptable term instead of weightlifting.

The Snatch today is actively viewed as one of the most explosive and athletic movements in any sports activity requiring a huge amount of finesse which when perfectly executed allows the weighted barbell to seem almost weightless in the hands of the weightlifter.

The Clean and Jerk

In the Clean and Jerk the weightlifter completes the lift of the barbell from the floor to overhead in two separate motions. The first motion observes the weightlifter cleaning the barbell to the shoulders and the second motion thrusting the bar overhead to complete a full lockout. This lift has been dubbed the single best lift used for increasing raw strength and power in the weightlifter as the motion requires a huge pull for the Clean and a significantly large front squat to get up out of the squat position additionally with a colossal amount of power to complete the Jerk motion when using a heavy weighted barbell.

How to complete the famous lift, “the jerk”