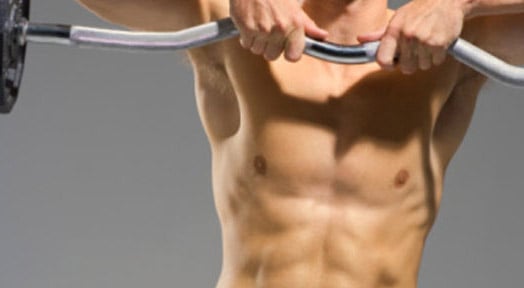 High Intensity Interval Training often referred to as HIIT is defined by its training routine incorporating short bursts of demanding exercise activity observing in-between rest periods. This form of training has been widely used by athletes and professional bodybuilders within the fitness industry.

The High Intensity Interval training workout is often performed observing a time frame of between 20 to 30 minutes and as such allowed this training has been adopted by many individuals of various levels of physical ability as the routine has been proven as a successful and viable alternative to the traditional 45 to 60 minute cardiovascular workout performed 4 to 5 times per week often displaying remarkable results.

Scientific studies have concluded that a High Intensity Interval Training workout provides the training individual with precisely the same muscular and cardiovascular benefits when performed at half the duration time of the typical two week endurance workout. In a study conducted at the University of Guelph in Ontario Canada it was discovered that a two week program consisting of High Intensity Interval Training (HIIT) provided the subjects with a notable increase in their fat burning ability when compared to medium 12 hour speed sessions.

Some High Intensity Interval Training include cycling, running, and swimming at a high intensity for 60 seconds to elevate the heart by 90 percent to the point of exhaustion then lowering the intensity of the exercise for 60 seconds. This routine should be repeated for a duration of a minimum of 10 times two to three times per week recognizing a total time of 60 minutes of High Intensity Interval Training as opposed to the traditional weekly 150 minutes of moderate training often recommended by many of the local health centers.

Most High Intensity Interval Training routines involve at least one type of cardiovascular activity workout. This approach can similarly be used within circuit training and weight lifting. Most professionals often recommend High Intensity Interval Training recognizing the use of full-bodied explosive moves such as kettle bell swings, medicine ball slams, plank-ups and jump combos and extreme pushups or burpees. This is often observed in many of the training programs found today on DVD and boot-camp classes offering CrossFit classes which generally set up circuit training routines consisting of 6 to 8 exercises targeting an entire body workout. Each exercise is performed for a duration of 30 seconds such as jogging on the spot , followed by a rest period of 30 seconds. After completing this 60 second routine the individual rests for a period of one minute followed by the exercise performed an additional two times observing a total workout time of no more than 30 minutes.

Many of the exercises associated with High Intensity Interval Training have been found to be potentially dangerous if performed without recognizing the proper technique such as in exercises involving handstand push-ups, and power cleans. As such it is often recommended to perform this training within the confinements of a local gym preferably with introductory classes prior to attempting the exercised at home to minimize the possibility of injury.

One of the more common mistakes however when working out using High Intensity Interval training is the individual becoming so caught up in their training that they refuse to take the necessary rest days to allow the muscles to recover and repair themselves, often leading to overtraining and unavoidable injury. As a result it is highly important to be mindful of the training days ensuring an active rest day between workouts be established to stimulate muscle growth and proper physical and mental development.