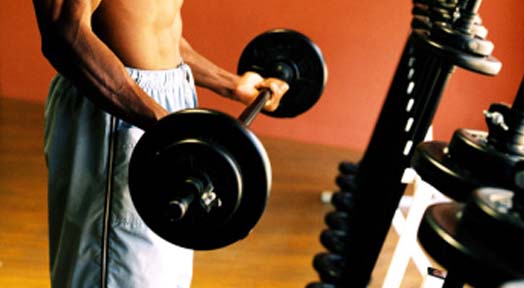 Many of the sporting activities today often require certain skills involving the athletic movements of the athlete's forearms and wrists. Conventional sports which include the swinging or throwing of objects will tend to place a level of emphasis on the need to have a strong grip and frontal arm strength to strengthen your forearms.

Tips to strengthen your forearms and wrists

Some of these sports may include, volleyball which requires the individual to utilize their wrists and forearms for spiking the ball, golf and baseball which are both played with the person swinging a golf club or baseball bat. Other sporting activities demanding the use of the forearm and wrist for maintaining a strong grip include rock climbing, wrestling, or professional football. Additionally a person's daily activities can be greatly enhanced through the development of a stronger grip.

Professional bodybuilders aiming to take their bodybuilding career to the next level have often spent several hours of training on building strong forearm muscles to support their upper arm biceps muscles allowing them to effectively lift heavier weights instead of focusing on developing the biceps and shoulder muscles alone.

One of the traditionally used training exercises performed by many professional wrestlers and bodybuilders to strengthen their forearm is the wrist curl. Often used to strengthen the forearm flexors this exercise is typically performed often with the use of a pair of dumbbells or a weighted barbell.

The reverse wrist curl otherwise known as the downward wrist curl focuses on targeting an totally different muscle group as the traditional wrist or upward curl. Similarly this exercise is performed with the assistance of a pair of dumbbells or a weights barbell.

Both the forward and the reverse curl exercises should be completed using as many reps as possible if performed in a single set. However when training using multiple sets it has often been recommended doing between twelve to fifteen reps for each set ensuring the weights used is lowered in a controlled manner by extending the wrists as far back as possible while completing each rep.