The DOs and DONTs for How to Treat Painful Knees 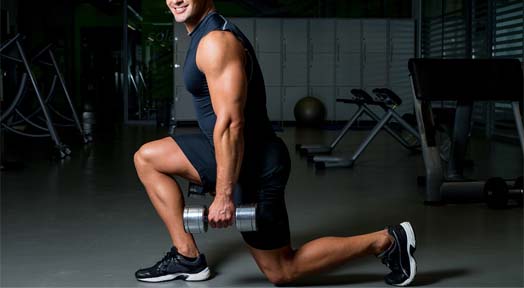 One of the widely used and adopted exercises used in the training a number of professional athletes and body lifters is the isodynamic split squat form which is simply viewed as a traditional split squat performed with an isometric or ISO hold at the bottom of the exercise movement.

What is an Isodynamic Split Squat Form

The isodynamic split squat is perfect for the typical in-season athletes, or as a method of training during the preparation stage prior to participating before a required event. One of the most important techniques used by many of the athletic trainers for coaching their professional athletes is to focus on the ability to equip the athlete during the season with the required training effect to enhance performance during competition while at the same time lowering the possibility of experiencing muscle soreness and unwanted fatigue.

How to perform an iso split squat

The isodynamic split squat commonly referred to as the split squat ISO hold effectively narrows the possibility of experienced muscle aching by minimizing the eccentric or unconventional segment of the lift recognized as the section where most of the muscle damage occurs and also notorious for instrumentally playing a part in the delayed-onset of muscular fatigue and soreness experienced twenty-four to forty-eight hours after completing the workout.

Most beginners to the exercise workout when first learning often find themselves toppling over due to the lack of the necessary sound motor control skills necessary for performing the exercise, making the isodynamic split squat a great tool for instructing beginners.

Professional trainers have traditionally used the isodynamic split squat hold to instruct trainees on the proper position and technique of the exercise by routinely starting the exercise just a few inches off the ground allowing them to hold the position without having exercise the maximum effort and neural control necessary to complete the typical full range of motion prior to effect the position.

Similar to many of the leg variation exercises, the isodynamic split squat trains the body to perform a range of exercises by working the muscle groups collaboratively as a single component. Runners during their training workouts have often found during their resistance training that exercises including lunge variations train the body muscles including the quads, gluteus, trunk stabilizers and hamstrings to work as one unit rather than as individual muscle groups to effectively execute the exercise movement.

When performing the isodynamic split squat the beginner will traditionally: