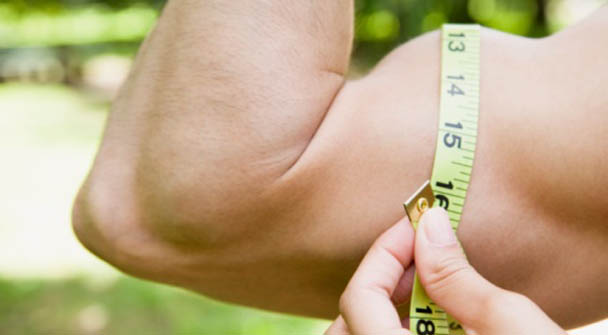 Hardgainers are often recognized as individuals who by training on their own find it extremely difficult to increase their body mass and muscle growth using traditional methods of weight training. This is primarily due to their failure to implement the proper training techniques, in addition to their lack of consistency of the workout and motivation.

Hardgainers who have sought to improve their muscle mass and growth with the assistance of a professional trainer have been able to overcome this difficulty by utilizing several tips and techniques within their weight lifting training routine.

When weight lifting it is often suggested that hard gainers train frequently three to five times each week in order to maintain an appropriate hormonal profile allowing them to obtain the best results in mass gain. Training should include at least two low frequency workout sessions to allow an active recovery period.

One of the most discussed and controversial training methods regarding hardgainers is the effect of cardiovascular training. There are many powerlifters who will claim that this type of training has little or no impact on their weight-lifting ability while for other this is recognized as an integral factor in their weight training. Cardio training however is in fact of vital importance in the individual's weight-lifting workout as this training method has been effectively used to target the most important muscle within the body known as the heart. For the individual training, whether professional bodybuilder, athlete or even the average beginner, the condition of the heart muscle is the key to the success of the training routine as a unhealthy heart condition will only result in a poor workout experience and unfavorable results.

Cardiovascular training when used in conjunction with weight-lifting should be performed at low frequencies in two to three thirty minute intervals including light running or walking to stimulate the heart muscle and blood flow within the body before, during and after the weight-training routine.

Training for extended periods of time lifting the same weights is one of the common mistakes made by most hardgainers as training using this principle does not allow the individual to stress the targeted muscle groups which in effect cannot result in muscle growth. Instead training individuals and hardgainers should only train progressively by increasing the weights used during their lifts over time and in conformity with their weight lifting ability.

Get your technique right

Weight-lifting failing to recognize the proper technique will not only fail to stress the target muscle groups to stimulate muscle mass and strength but will also increase the potential risk of injury to the person training. As such it is a general recommendation that beginners and hardgainers employ a professional trainer to ensure the proper form is effected for the weight-lifting exercises during training.

Many athletes who fail to recognize the desired results as quickly as they would like often fall into the fitness trap of overtraining in their weight lifting by using much heavier weights during the workout as they spend huge amounts of time at the local gym completing numerous reps and sets of exercises with the hope to increase their muscle mass. The truth of this is that heavy weight-lifting using a combination of exercise sets occasionally between four to eight reps is more than adequate to maximize the strength gain and stimulate muscle fibers during a single lift of the workout while ensuring the proper form is maintained.