How to do proper overhead shoulder press form for complete upper body strength. The Overhead press until 1972 was actively recognized as one of the main activities in Weightlifting competitions. Professional bodybuilders and weightlifters were seen competitively arching their backs to press heavier weights overhead. This tendency made scoring of athletes a difficult task for the presiding judges which resulted in the Overhead press being completely removed from competitions altogether.

Bench press vs Overhead press what is the best? 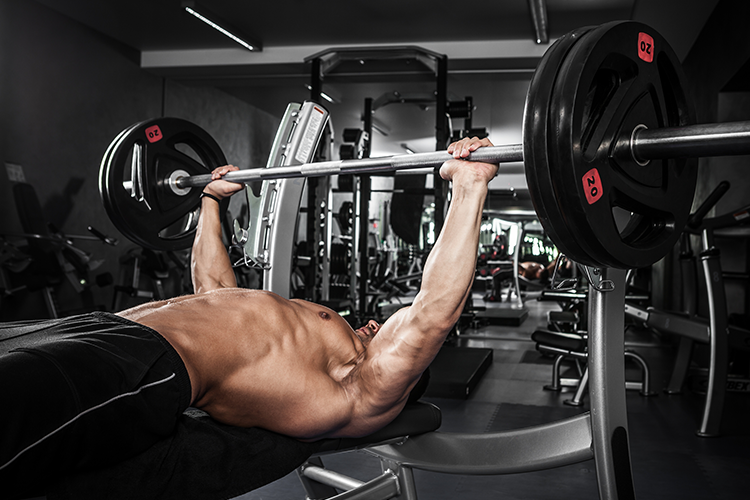 In the fitness industry today, some fitness enthusiasts and pro weight lifters in their training routines have found the bench press to be a more suitable exercise. However there are many who still believe in the lift to be a more effective exercise in strength training to provide more upper body strength in the individual allowing it to be recognized as one of the main exercises within the StrongLifts 5X5 training workout.

What is the overhead press form?

It is traditionally observed as the lift in which you press the bar from the front of the shoulders and move it overhead until both elbows become fully extended. The knees and hips should be maintained in a fixed position throughout the entire movement, if not the individual will find themselves doing the Push Press exercise. Given the level of difficulty, beginners are often recommended to have a professional trainer or experienced weightlifter on spot to assist them in achieving the correct technique.

Beginners who are unable to press the bar overhead are recommended to lower the barbell on the chest and placing it on the floor. Unlike the Bench press exercise the individual is never subjected to the possibility of injury by finding themselves stuck under the barbell.

As with any other exercise requiring the use of a barbell individuals will occasionally find themselves having a difficult time maintaining a proper balance while performing the exercise. Trainers have as a result scheduled beginners in their strength training to initially focus on achieving the proper technique by using a weightless barbell and over time adding weights respectively allowing slow but steady progress.

Although bodybuilders and professional weightlifters have been able to traditionally lift much heavier weights with the Bench press, the Overhead press has several additional benefits to the Bench press such as, providing the individual with a full body workout by targeting the trunk and leg muscles as the weight is placed on the shoulders, while targeting the arms and upper-chest muscles as the weighted barbell is pressed overhead.

This exercise has been used to stimulate growth within the Abdominal muscles additionally with the upper and lower back muscles as these targeted muscle tissues are used to stabilize the weight during the exercise. The upper-chest triceps and shoulders are used to press the weight overhead thus building the proper physique of the professional bodybuilder.

Many fitness enthusiasts and professional trainer have found that by alternatively training using the Bench press with the Overhead press they have been able to minimize the possibility of injury which often occurs through poorly trained muscle groups.

How to do the Overhead Press 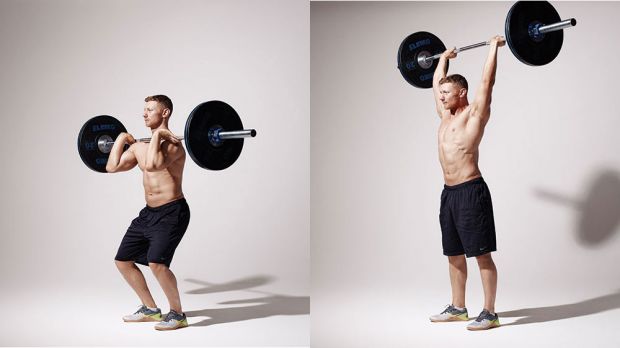 Some of the popular press exercises used by many of the professional bodybuilders and weight lifters in the fitness industry today for complete upper-body strength include, the Military Press, the Dumbbell overhead press, the Push Press and the Jerk. Hope the information above on the proper way to do overhead shoulder press form was useful.