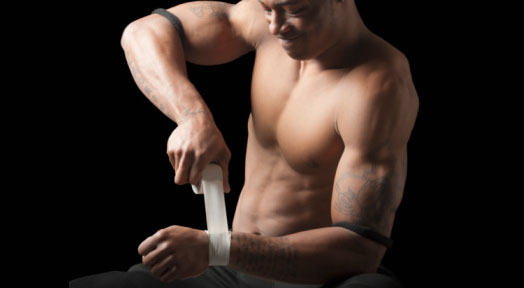 The popular phrase “No Pain No Gain” has often been a fundamental principle in the bodybuilding and fitness industry. Most professional athletes will state that experiencing some level of sore muscle pain after workout is an integral part of any athletic exercise training and a necessary factor for the development and subsequent improvement of their overall performance.

What is good sore muscle pain after workout from bad?

Muscle stress is a must for growth

For muscle build and strength to increase the muscle tissues must be subjected to a level of stress during exposure to the exercise activity often resulting in a typical burning sensation generally felt during and after the workout. Conventionally this burning feeling experienced often short lived is categorized by many fitness trainers as “the good pain” and is an acceptable measure requirement in the quest for muscle build and physique.

The professional bodybuilder will stress that any discomfort or workout pain experienced after completing an exercise should be short-lived and not prolonged for any number of hours or days. Training which results in the fatigue of the person after the exercise workout is a healthy sign that the exercise is allowing the individual to operate in a range outside of the normal limitations of the athlete’s physiology thus improving core strength and muscle build. In such circumstances the athlete should generally feel a sensation of exhilaration after completing the workout, but never exhaustion.

Pain and fatigue lasting for several days after performing the exercise workout simply means that the physiology of the athlete or person training has been severely tested, a scenario often resulting from the inability of the muscle tissue to effectively repair themselves due to a lack of an adequate resting period coupled with the the human body being unable to replenish the depleted energy previously consumed and necessary to perform the workout. This harmful situation viewed among fitness enthusiasts and athletes is generally referred to as the person overtraining.

Which not only places a negative impact on the exercise workout routine but also increases the possibility of person training to be subjected to serious and permanent injury. Men who are found suffering from continuous fatigue are strongly urged to visit their local physician, as such cases are often a strong indication of an underlying medical problem.

What is the bad pain?

Muscle tendons, cartilage, bones and ligaments when excessively stressed without any period of rest will inevitably fail. This failure forces the muscle tissue to respond to the exercise activity in an unconventional manner to produce what is in the fitness industry known as “the bad pain.”

When muscle tissue are exposed to an extremely stressful exercise workout after enjoying a long period of rest or trained for the first time, they often respond by getting sore. This feeling is typically felt for a duration of a few hours after the exercise elevating in intensity two to three days after the workout. This sensation is effectively known as “delayed onset muscle soreness” and is normally a huge indication of the muscle tissue being severely damaged during the exercise activity.

All of which can lead to permanent damage of the muscle tissue and inevitably death of that muscle. Men who are considered out of shape as a precaution are strongly urged to begin an exercise routine in a slow and controlled environment performing a minimal amount of exercises observing adequate time for rest and recovery to prevent any instance of overtraining and muscular damage.