Relax Sore Muscles After Exercise With These Tips 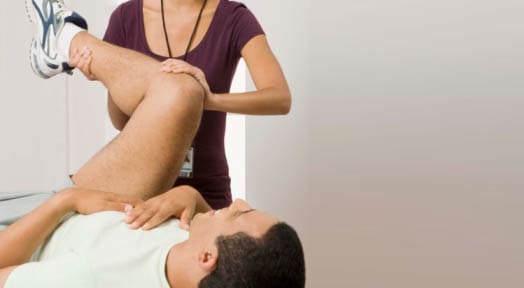 After an exercise routine or otherwise rough day inclusive of strenuous activities the muscles can become extremely sore. Though muscle pain resulting from exercise can become somewhat irritating and may be a strong indication that one should stop exercising and relax sore muscles. The truth is that in the long run exercising more will result in the less pain felt.

One of the best things one can do to relax sore muscles after a hard workout is to get some rest. A person should refrain from doing any activities requiring the use of these muscles until the soreness subsides. This is especially required for muscle soreness resulting from weight lifting during an exercise routine. During your weight lifting routine it is generally recommended to target a specific group of muscles on each daily routine. The muscles should be relaxed and allowed time to rebuild after each workout. In scheduling your workout program most trainers advise doing chest and arms exercise on one day followed by the legs and thighs on the next day with core exercises for the final day.

A massage is probably the second best thing one can do for sore muscles. When a person exercises to the point of exhaustion, tiny tears are seem to occur within the fibers of the muscles resulting in inflammation. When the body’s muscle tissue becomes torn, cytokines are produced by the body which defines the inflammation process. Massage reduces the amount of cytokines produced. Massage increases the muscles ability to naturally extract oxygen from within the body by increasing the mitochondria. This results in improved healing. An experienced masseuse will be able to effectively target your sore muscles to allow a relaxing, healing meditative experience. Sore muscles should be stretched out as much as possible to allow the removal of lactic acids from the muscle tissues. Stretches should be conducted immediately after a workout to prevent the muscles from becoming stiff.

Placing a bag of ice or an ice pack on your sore muscles is generally recommended by most doctors as an immediate therapy to provide relief and reduce inflammation. The ice pack should be wrapped in a soft towel to be used as a buffer before applying. Some athletes have been known to soak their arms and feet in five gallon buckets filled with ice water to provide relief from sore muscles. If you are required to move around to complete your daily chores then using a plastic wrap should be used in coordination with the ice pack to keep it securely fixed on the muscle while moving.

Heat can be applied after the first day of muscle soreness. By using a heat solution in the form of a warm shower the blood will be allowed to flow to the affected muscle to initiate the rebuilding process and provide some levels of relief. Some people have found by using a homemade hydrotherapy therapy of warm and cool water alternatively has been adequately efficient.

Medications specifically designed for muscle pains including non-steroidal anti-inflammatory (NSAID) drugs. Various forms of ibuprofen have been used on several occasions to treat sore muscles. Aspirins, widely used though effective are not recommended for children under the age of 18 years old. The use of aspirin with children under 18 has been linked to the occurrence of Reye’s Syndrome. It is a dangerous acute brain disorder. Using such drugs over an extended period of time will undoubtedly result in the muscles natural ability to repair itself. It is suggested that they be used as little as possible.

On a final note, maintaining a proper diet and incorporating at least 1 gram of protein daily will allow your muscles to be at peak performance. It will be allowing them to adequately rebuild themselves after an intense exercise routine. Consuming large amounts of water daily will allow your muscle tissue to effectively utilize the existing bodily fluids. So it i can function effectively thus repairing themselves.