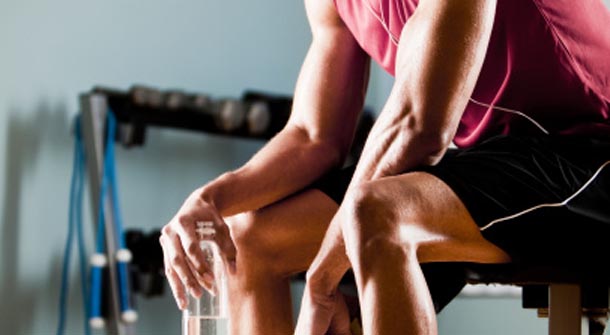 Most competitive bodybuilders might take years before they finally figure things out. First they might read in a magazine how others (pro bodybuilders) do it. Then ask advice from others at the gym. Then finally give their own trial and error a try. What are we talking about, you ask? We’re talking about the off season training program. (Off-season – defined loosely as a period of time when a bodybuilder is not actively competing)

Tips for off season training success

Don’t eat too much in the off season

During the so-called off-season, a bodybuilder’s main goal (usually) is to try to put on as much muscle as possible. Most people say you can’t put on muscle without adding some body fat. However, most people take that as an excuse to go nuts and eat everything under the sun. Then, when it comes time to lose that body fat, it takes A LOT of dieting & suffering to the point where they will not only lose the body fat, but will also lose their hard-earned off-season muscle in the process. And this also goes for our “enhanced” friends, although to a much lesser extent.

The best way to start your off season training

A good example for a natural bodybuilder would be someone who starts out their training trying to add as much muscle as possible and get up to about 210 pounds.  Then, strip off all of the body fat by the time contest prep rolls around, they would come in around 175-178. That’s a weight loss of about 35 pounds in 12-16 weeks. And you can bet there will be some muscle lost in the process with all the cardio. A great method to avoid such an extreme fat loss process would be not letting their  bodyweight go anywhere near 210 and instead stay at a bodyweight of 195. Assuming they put on at least 3-5 pounds of muscle their contest weight should be around 180. That’s only roughly 15 pounds of body fat to lose in 16 weeks. So, you can see how much different that would make.

So, the lesson here is to keep the body fat levels as low as possible in off season so you don’t have to diet as hard and you are able to keep the muscle you’ve earned. The same holds true if you’re not competing but you want to maintain your hard work even when on vacation, or simply taking a break from the gym. This example is a lesson better learned sooner than later! So stick to your off season training program and your body will thank you when you’re not spending countless hours on a piece of cardio equipment!