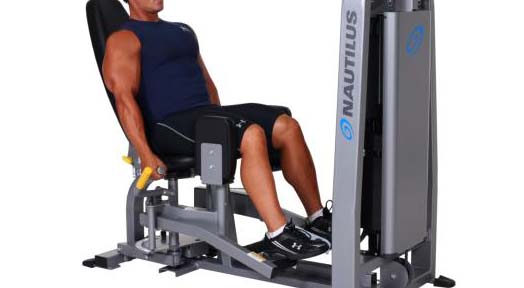 Are you one of those dedicated fitness enthusiasts spending huge amounts of time at the gym, and still not seeing the results that you should? Well if you're one of those individuals then your failure could be the result of several reasons. First you're probably not working at your full potential, second, the exercise machine you're using during your workout isn't delivering the promises as advertised, third the techniques you've been taught or accustomed to using for the exercises are incorrect and lastly they are simply just overrated exercises.

Top Overrated Exercises that you are wasting your time with

Exercises which have generally been found to be inefficient and overrated are not only a great waste of time but they are also potentially dangerous to the exerciser. We are going to discuss some of these overrated machines and exercises still used in some of the popular gyms today and the recommended alternatives you can use in your workout to better achieve your fitness goals.

Adduction Machines including the Hip Abduction machine have frequently been used as an effective training method to increase the strength in fitness beginners, however the machine requires the individual performing a number of awkward movements seldom used in every-day life resulting in the relaxing of the core muscles during the exercise often leading to an extensive and unnecessary strain on the supporting muscle groups, weak abdominal muscles and eventually bad posture.

Although this variation of the exercise only allows you to move one hip at a time, it enables you to recruit both your core and leg muscles throughout the entire exercise.

The next exercise we would like to discuss is the Leg Extension machine. The leg extension machine as it requires the individual to assume a seated position has been known to limit the range of motion and mobility of the person performing the exercise.

In a recent study conducted at the Mayo Clinic, it was discovered that the machine places an extensive amount of stress on the anterior cruciate ligament (ACL) of the exerciser. This was found to pose an extensive and unfavorable risk to athletes who mainly rely on their knees for performance. As a result most professional trainers have been found to include lunges and freestanding squats in the training routines for their professional athletes as these exercises were found to put less stress on the joints while simultaneously strengthening the quads.

Although the crunch has been widely recognized by many fitness professionals as the best way to getting the perfect six pack abs, the exercise sadly enough has been highly overrated.

Lets look at it from a practical angle. Would you perform the bicep curl halfway expecting to gain the full extent of your muscle development? we would certainly think not. So then why should you perform crunches recruiting only half the range of motion of your abdominal muscles thinking that you're going to enjoy the benefit of fully developing your six-pack abs.

Don't get us wrong  crunches will undoubtedly strengthen your mid-abdominal muscles, however that are not an effective exercise for targeting the upper and lower abs. If you really want to get that well defined and chiseled look for your abs you definitely want to train your entire abdominal muscles. Instead of focusing on the crunch as your primary exercise for abdominal development try performing some sit-ups on a stability ball.

How to perform the stability ball sit-up:

This exercise by allowing you to lean back a bit more than the traditional crunch increases the range of motion thus recruiting a wider range of muscle groups for a better training experience.