What is Plyometrics Exercises What you need to know 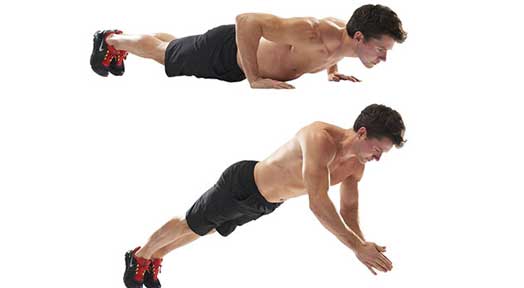 Jump training or otherwise known as Plyometrics exercises is a specific training technique used by fitness enthusiasts designed to increase muscle mass, and overall strength. This technique initially developed for athletes training for Olympic events has found it’s way into the basic workout routines as the best plyometric exercises and is currently used by people of all ages worldwide.

What is Plyometric Training

plyometrics exercises training actively conditions the body through a set of specific and dynamic resistance training exercises which have been found to rapidly stretch and contract the targeted muscles through eccentric and concentric phases. Plyometrics exercises which include hopping and jumping have been known to target the quadriceps by introducing these muscles to a stretch shortening cycle which effectively promotes increased muscle mass thus allowing the user to jump higher while reducing the applied force on the joints.

Due to the nature of plyometric routines, exercises are so designed to simulate the typical motions used in most athletic activities and sports including football. basketball, skiing, volleyball, boxing and even tennis. This training exercise as a result has been specially developed to be used by many professional and amateur athletes on an adult level to successfully condition their bodies. However children of all ages and even adolescents once properly supervised can also benefit from the training offered by this exercise routine.

Plyometric training made it’s way as a popular training routine in the 1970’s in Eastern Germany by state sport trainers who became aware of it’s potential benefits. Through scientific study of the training exercise it was discovered that specific cycles involving stretch shortening of the muscles in particular the myotactic reflex muscle improved it’s ability to contract thus increasing muscle mass and strength.

However there are some associated risks to using plyometric exercises. The increased possible risk of injury has been observed in participants who do not possess the initial physical strength. As a result it has been strongly advised that potential users of this training exercise consult their local physician for proper assessment to determine if this training is suitable for use. In the event that one is able to use this training routine, then a qualifies coach or trainer should be selected to gradually guide and monitor their progress until that person is fully capable of completing the exercises on their own.

Plyometrics have been developed into thousands of variations. Adolescents and children under careful supervision are able to start this program at a simple stage including upper body exercises such as passing a medicine ball chest level and no more than one lower body exercise such as the double leg hop with three sets consisting of between six to ten repetitions and used at least two days each week non consecutively.

Adding Plyometrics to your exercise routine

Adults who are more qualified can participate in more advanced routines which include low frequency double leg hops to high frequency routines including depth jumps, or jumping in and out of boxes or on and off benches within heights of 35 to 42 inches. Such high intensity exercises can allow a person to increase their lifting capacity of at least seven times their own body weight.

Specific sports which require explosive low level body power may use a variation of plyometric training such as jumping at ground level on soft surfaces like exercise mats or grass. As the routine progresses the user will eventually start jumping over cones or foam barriers before advancing to specific bounding exercises typically performed within straight lines and patterns. Plyometric training when combined with warm up exercises and other forms of strength training such as weight lifting will increase the dynamic and explosive power of the exposed athlete.