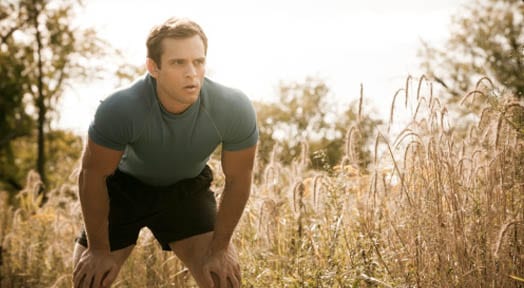 Most people after and even during a hard run or cardiovascular workout are often plagued with an unbearable side stitches or stomach cramp. Working out with a stomach cramp or side stitches is one of the most unpleasant experiences a person could ever experience. However there are ways to lessen the occurrence or even work through this painful experience and even prevent them altogether.

How to prevent the oh so painful running side stitches

Even today doctors and physiologists are unable to determine the real cause of stitches and stomach camps. However some experts have theorized that the basic side stitch is caused by the force exerted by the interior stomach organs including the liver and the spleen on abdominal walls during a run or cardiovascular activity. It is thought that this interactive motion results in the stretching of the connective tissues and is observed as pain within the body, hence the abdominal stitch. It is through this connective tissue attached to the diaphragm of the body why our excessive breathing bears an impact on the intensity of the stitch felt.

Watch food and water consumption before you run

One of the more effective ways to reduce the amount of pain felt during the cardiovascular workout is to never run on a full stomach. Avoid drinking large amounts of liquids and ensure eating at least two hours before embarking on any exercise activity. Consume small amounts of liquids by sipping before and during your exercise routine and wait to fully rehydrated the body until after the exercise workout. A dehydrated body can also result in stomach cramps and stitches so it is also important to regularly sip in small amounts typically no more than two swallows during the workout especially if the training exceeds a period of thirty minutes at increased temperatures.

Reducing the pace of your exercise workout

For a few minutes introducing some deep breathing techniques during the workout is an effective means to allow the individual to work through the exercise when the pain is felt. One of the more commonly used techniques during a running workout is by observing a specific breathing pattern of inhaling after three steps and exhaling after the next two steps. By actively reducing the intensity of the workout your body will be allowed to maintain this pace as the high intensity workout often results in the individual's breathing to become labored as the maximum speed is approached. However by maintaining a reduced pace and concentrating the proper breathing you'll be able to continue with the workout pushing out your stomach while inhaling and relaxing during the exhale.

Professional fitness experts have always recognized the importance of warming up

Before an exercise workout to prepare the muscles for the intense activity. This principle is not only applicable to the muscle tissues but also to reduce the possibility of incurring a painful stitch during the workout. Performing a pre-stretch before the exercise workout by doing side torso twists is one of the best ways to prevent having a stitch during your cardiovascular workout. Performing lowering back and abdominal exercises in you training workout to increase your core strength is a sure way to prevent having a side stitch during your cardio training.

These are just some of the basic yet effective ways many professionals have used in their cardiovascular workouts to avoid and push through the stitch pain during their exercise routines in their quest to achieve their desired fitness goals.