How To Do A Pull Up Routine Properly 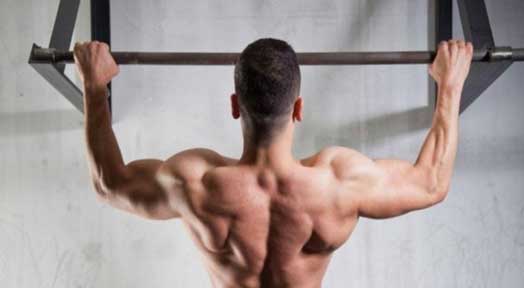 For the beginner to advanced fitness enthusiast strengthening their arm and back muscles, and spreading their lats to create that desired V-tapered back appearance can often be achieved by performing a series of pull up count workout programs to improve your goals.

Top Tips to Improve your Pull Up

To many individuals performing 30 pull ups is hardly an impressive feat when compared to some fitness trainees that are easily racking sets of 60 and even 90 pull ups in session. However regardless of your training level or conditioning skill you too can increase your pull up count and start building strength using any of the following exercises.

The average beginner often seen at the level 1 should start with the flexed-arm hangs. The level 2 beginner should perform the negative repetition pull ups. Beginners at level three are often suggested to perform a number of assists pull ups such as the band assisted, partner assisted or the Jumping pull ups. The traditional or dead-hang pull ups are best performed by the Intermediate exerciser or level 4 beginner with the advanced level or level 5 beginner performing weighted pull ups.

Regardless of which level you are comfortable in performing having maintained the correct technique, your first month of training should include using that particular technique and gradually working your way towards the higher levels.

During your first month of training it is imperative that you aim to practice the  technique as much as humanly possible using what is generally referred to as a groove technique. To perform the pull up count simply perform a sub-maximum set of pull ups anywhere between 5 to 6 days of the week with at least 1 day off in-between training.

Increase one rep per session pull up

Set an active goal of completing more than the previous day of training increasing the frequency of the training the following day. This is known as greasing the groove. This technique allows the individual to successfully build volume over the duration of the first month. The key to this training is not to increase the intensity or effort of the exercise but rather to develop endurance and avoid fatigue.

Successfully completing the number of reps of each exercise will be dependent on the level of consciousness of the maximum amount of reps relative to the maximum possible, and the planning of the desired amount of sets to be completed each day.

If your daily workout consists of only a handful of sets, then it is recommended that the reps should be increased higher but never more than 60 percent of the maximum reps per set. However if the workout contains a large number of sets per day, then the reps should never be increased more than 40 percent of the maximum effort.

Keep a journal for your pull up

Maintaining the proper technique is vital and will reward the individual with improved performance as they approach the second and third month of training. Keep a daily log of your goals and accomplishments using that record to keep track of the number  done each day. Then schedule your workout to break that record the following day.

Most individuals will notice a vast increase in the number of pull-ups within a single month which is generally observed as double the amount they initially began with and are usually impressed with the effortless required to achieve their goal. This is mainly due to the technique used and the effective training that go to the body to perform the routine efficiently.