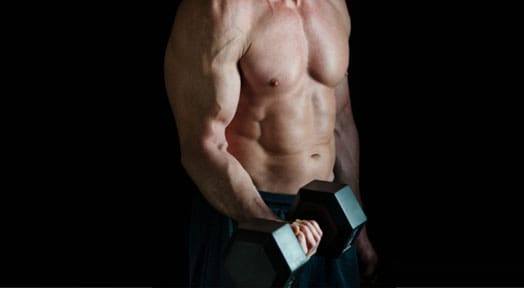 Having achieved the desired muscle gain and obtaining the physique you've always wanted now leaves you with the added responsibility of maintaining this new body. Below are some of the successful techniques used by many fitness trainers and professional bodybuilders to maintain their physique. with a diet plan for gaining muscle eating the right foods for gaining muscle is just as important as exercise.

Exercising regularly is one way to sustain your muscle gain while following a suitable diet consuming an adequate supply of foods rich in protein content. Including an aerobic exercise within your training routine is an important factor to increase the amount of available energy and a deficiency in calories coupled with a form of resistance training to maintain muscle gain and fat burn. It is often recommended to actively perform a minimum of three strength or resistance training each week gradually incorporating a cardiovascular activity such as cycling, running swimming or aerobics at least three times per week to further increase calorie burn.

Keep a regular diet, don't go to the extreme

Although often suggested, cutting meals to lose unwanted fat is not an effective way to weight management or maintaining muscle. When the body loses fatty tissue it turns to the breakdown of the muscle tissue for energy often resulting in the loss of muscle mass in addition to fat. When you cut meals from your daily diet the body's rate of metabolism begins to slow as a result of the loss in muscle tissue, often leading to mood swings, lack of concentration, drop in blood sugar levels creating a craving for sweets. However eating two to three square meals daily in small amounts satisfies the hunger cravings forcing you to eat much less than normal. Many professional bodybuilders during their training have often been observed using supplements such as Promax as a mid-morning to afternoon snack to effectively curb their appetite while achieving the required amount of protein.

Consuming repeated and consistent amounts of protein content in small doses 5 to 6 times daily improves the efficiency of muscle recovery and muscular growth rate during rest periods. Maintaining a high protein diet has been effectively used by many athletes to maintain their muscle mass during the off peak seasons. Many professionals have become in the habit of scheduling a protein meal after completing their exercise workout to maintain their dietary protein needs.

Stick to the health fats

It has always been said that including too much fat within the diet is a highly unhealthy practice. However there are some foods containing fat content which is essential for healthy living through their ability to have positive effect on the body's natural hormone levels. High-fat often found in fish bred in cold water including mackerel an salmon are vastly rich in Omega 3 fat content which has been known to promote good health. Other foods such as olive oil, nuts and avocados have been found to contain mono saturated fat content which has also been recommended as healthy supplants by dietitians and health professionals.

By actively maintaining a proper and healthy diet with at least a 20 minute strength training routine and aerobic exercise performed two to three times per week is guaranteed to allow you to maintain the muscle mass and physique you've worked so hard to achieve.

Some of the recommended strength training exercises include, the squat, the one arm row, the shoulder press and the biceps curls. Training should be performed recognizing a rest period of at least one day between workouts to allow muscle recovery and stimulate growth. follow this diet plan for gaining muscle and you should ok.