The Best Running Training Plan to Add Miles to Your Run 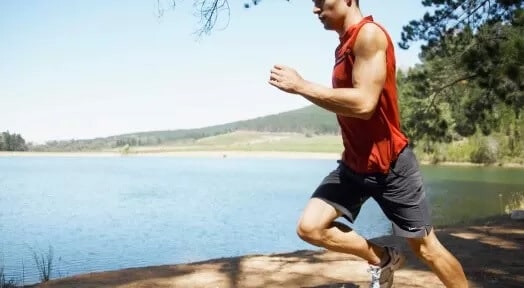 The typical beginner runner’s main goal is to maintain a constant workout thus allowing the body to familiarize itself with running. This is generally achieved by setting up a running workout training plan where you run anywhere between two to three days on a weekly basis and over a distance not exceeding 1 to 4 miles. Tips to set up a proper running training plan.

How to add extra miles to your Running workout Training Plan

If you are new to running

Beginner runners should never increase their mileage count each week but rather should maintain an average and sustainable mileage for the initial 3 to 4 weeks in order to allow the body to gradually adapt. It is only suggested that increased miles should be added when the runner feels comfortable enough.

Running shoes are vitally important when your goal is to increase the set miles during your running training plan as various running shoes will have individual effects. Increasing your mileage count for your workout can have a significant effect on your legs which would require a specific running shoes to ease the tightening muscles in addition to using a foam roller.

As a beginner runner you should pay close attention to the total number of miles you run on a weekly basis, including the longest run and average distance on a daily basis. If your routine dictates that you run 3 times per week for an average of 2 miles on day 1, then three miles on day 2, followed by another 3 miles on the final day then you can possibly start running for a fourth day by simply adding another 2 miles to the existing schedule. Most runners recommend that the beginner should maintain a weekly average mileage of 10 miles for at least 3 to 4 weeks before considering increasing the number of miles.

The more advanced runner will generally apply what is known as the 10 percent rule which stipulates that when increasing the running miles, that increase should not surpass 10 percent of the total miles currently being run. There are however some runners who will feel comfortable to increase their average by 20 percent. Most advanced runners will over the years develop what is termed as a sweet spot in their mileage which refers to the number of miles a runner will feel comfortable with before increasing the distance run. Any increase beyond this point will allow the runner to be more prone to possible physical injury and poor performance.

Returning from a running break

Runners who have taken a break from their workout and have decided to return to training should never consider themselves applicable to the 10 percent rule, but rather should begin their routine at a much lower mileage sometimes at 40 percent gradually increasing to their sweet spot over the next few weeks. Increasing your mileage during your workout puts your body in potential danger as the body would have not been accustomed to run for such a distance and in effect would require a lengthy adjustment period. Advanced runners who may typically run anywhere between 50 to 60 miles on a weekly basis should always allow themselves between 4 to 5 weeks before attempting any increase in their workout miles.

The body will exhibit specific warning signs which should never be ignored which will normally include sharp pain felt in the leg muscles. Runners are encouraged to use a foam roller to apply to the specific target areas, additionally with an ice bath, and strength routines aimed at increasing your body’s ability to run longer.

Regardless of your category as a beginner or advanced runner, setting up a running training plan to add more miles to your workout will undoubtedly increase your stamina and weight management allowing you to increase your confidence level on the road. However extreme care must be given consideration to slow the pace to reduce the possibility of over exhaustion or injury to your body.