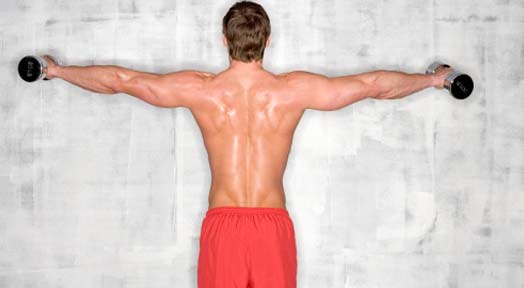 Most beginners when starting an exercise program to improve their overall physical health, and or weight loss will often do so with a high level of enthusiasm and great expectation occasionally seen getting out of bed early, arriving to the gym on time on a daily basis pumped with motivation and vigor. However over time a large number of men often find themselves becoming weary of their new found novelty. Finding inexcusable and many times frivolous reasons why they weren’t able to get up out of bed, why they were unable to attend the gym for their workout and a host of other reasons to avoid working out. When that happens those are signs you should change your workout program.

Signs You Should Change Your Workout

This recurring situation frequently occurring in several men is not necessarily a motivational issue as theorized by some enthusiasts but rather the presence of an unforeseen factor getting in the way of the effectiveness and anticipation of the previously fulfilling workout routine. As a result beginners are often suggested to learn to identify the possible signs indicating that they should perform a restructuring of their exercise routine in order to maintain a level of consistency and enthusiasm about the workout.

One of the most obvious signs that you should change your workout is typically when you are one of the individuals who enjoy a particular type of training like running on a treadmill. If doing this activity which is usually enjoyable all of a sudden you start to find yourself bored performing the same monotonous routine day after day it is generally is recommended to adjust the exercise.

Solution: find a way to mix it up

One way to change the same cardio workout would be to perform it in an outdoor setting while listening to your favorite music, increasing the frequency of the run and if possible have a close friend or family member jog with you to enhance the exercise experience. Introducing some variation in such a simple cardio exercise can keep you motivated and enthusiastic about performing the same type of exercise routine.

Men who find that after completing their training workout constantly are left with an excessively tired and rundown feeling is a strong indication that they are overtraining their muscle tissues. A large majority of the men today fail to recognize the time necessary for the human body to rest and recover.

It is only by actively scheduling a rest period in-between workout days will the person training benefit from muscle build, endurance and performance by allowing the muscles to rest and rebuild themselves. Muscles deprived of sufficient rest periods will inevitably subjected to overtraining, resulting in the individual actually becoming weaker, easily fatigues and more prone to severe and possible long term injury. Men who have found themselves overtraining are strongly advised to immediately introduce a rest period of about seven to ten days from their exercise routine to mentally recondition themselves and allow some time for the muscles to recharge. Once the rest period has been completed most professional trainers will introduce the person training to a basic workout at a lower level gradually progressing ensuring the training program recognizes adequate rest days to achieve the maximum results with no overtraining ensuring a lesser chance of physical injury.

When the strain of the workout are no longer challenging, it is without a doubt time to change the exercise routine. Most men who are accustomed to perform a twelve to fifteen mile run for a high intensity cardiovascular workout, over time have found that as they progress up the ladder of their training level, the activity becomes much easier and less demanding of their muscles. This is due to the fact that the heart muscle exposed to several hours of training increases its ability to cope with the exercise, increasing blood circulation and oxygen delivery to the muscles to improve performance during the run.

Some men have found it quite helpful by wearing a heart rate monitor to keep abreast of their current heart rate, allowing them to increase the intensity of the training for a better experience and improved fitness level by effectively challenging the body.

Adding some variation to the traditional exercise workout when these signs become visible will keep the individual motivated as they breakthrough onto new plateau in their fitness level. However it is essential for men to closely monitor their mental and physical condition before during and after the workout to ensure the routine is performed within a safe parameters suggested by their local physician.