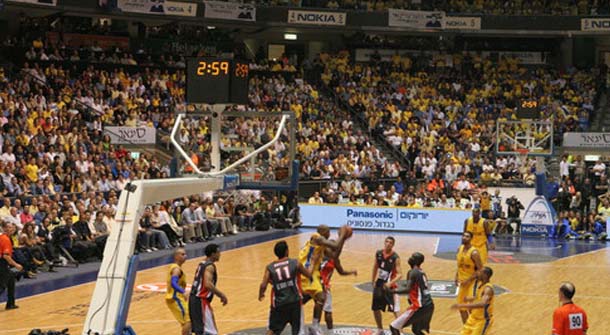 With the high cost of high pro sports and time ticking out, the NFL and NBA came to an agreements that saved their respective seasons. And not too long ago, the NHL went through a lockout too. For most of us, we sit and wonder what these “overpaid crybabies” are all whining about?

What is the cost of high pro sports?

We look at signing bonuses of $15 million dollars and season ticket sales in the million-dollar-and-up range for the most popular teams and we wonder what on Earth anyone on either side, players or owners, could possibly have to complain about. Then, to add insult to injury, because they can’t figure it out, we, the fans, end up without a season to enjoy. What gives?

If you take away the price tags associated with pro sports (yes, we know it’s hard) and just look at the issues, it becomes a little easier to understand. As an example, let’s use a league-minimum NBA starter. For a rookie, the league minimum salary is just under $475,000 for the year. Still sounds like a lot compared to what most of us make, right?

Well, divide that by 82 games in the regular season and the guy’s making about $5700 a game. But, that doesn’t take into account an average of 2.5 days a week for practice (which, after all, is showing up for work) so really the guy’s making more like $2000 a game, give or take. Now, it’s always up to the discretion of the team if they want to pay the guy more or incentivize him with bonuses for reaching the playoffs. And many players work these financial motivators into their contracts.

But if you’re an owner, you don’t have a team full of rookies. You’ve got some seasoned players and veterans on the team too, and each makes a higher minimum salary. Players with 10 or more years in the league are guaranteed just over $1.3 million a year. The idea is, if a guy showed himself to be an asset beyond his first couple years in the league, he’s going to make up that money down the road. At the same time, he’s going to be coming to the end of his playing years, so the accelerated income helps offset the fact that he’s going to be jobless in the near future. Still, as an owner, you’ve got a business to run. And the fact it’s a sports team doesn’t make it any more different than the company that makes widgets when it comes to making payroll.

Historically, owners have offset these costs by offering advertising opportunities, sponsorships, selling team merchandise, food & beverage operations, and, in some cases, renting out the venue for concerts, events, and games from other leagues (like college or high school athletics).

Similarly, players can pursue spokesperson and endorsement deals that pay for them to sell a product on behalf of a company or brand. One of the sticking points is that owners get to use players’ likenesses just as much as the players themselves… and the players aren’t typically compensated at the same rate they would be for other endorsement deals.

Owners argue it’s for the players’ benefits since it helps generate their salaries. Owners also point out that things like equipment, coaching salaries, venue maintenance and any benefits such as health insurance, etc. are all paid for by the owners, not the players. The players then argue that without their talent, no one would be in business… and the biggest problem is – everyone’s right.

What causes these labor disputes

Take the extra zeros out of the equation and you’re looking at the exact same kind of labor dispute that affects businesses all over the world. Baggage handlers want to be paid more at an airport, the airlines or airport management companies in charge disagree, the handlers go on strike and flights everywhere get delayed. Sanitation workers lobby for better hours or more comprehensive benefits, tax payers or elected officials can’t find money in the budget, workers strike and everyone’s trash piles up for weeks until it gets resolved.

So while we can agree it’s aggravating when something that’s supposed to be entertaining gets all “businessy” on us… the truth of the matter is… no one’s right and no one’s wrong in the situation. There are only those working towards a solution and those working against. We think this is the  high cost of pro sports.