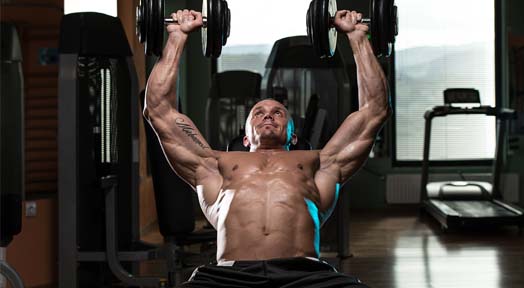 Most men who have a love for automobiles will often express their love and great admiration for cars built by German engineering. Fitness enthusiasts today have been found sharing a similar love for German ingenuity through the scientist Hala Ramble who introduced the world to probably the best Total Body Recomposition Workout experienced in the fitness industry.

Total Body Recomposition Workout for a whole new you

The idea to simultaneously lose body fat and increase muscular gains sounds like every mans dream, right. Hala Ramble theorized that acceleration in fat loss could be achieved by increasing the blood lactate levels within the individual to be utilized as an energy substrate. Men who experienced a increase in lactate levels were found to possess a higher rate of hormone release stimulating the body to build muscle whereby increasing its calorie burning process.

One of the best known methods to increase the level of the blood’s lactate is by pairing upper and lower-body exercises or exercises recognizing opposite range of movements by performing a number of sets consisting of 10 to 15 reps with a rest period of sixty seconds in-between sets.

How to perform the Total Body Recomposition Workout – The exercises are performed alternatively for their respective sets before continuing with the suggested sets performing the remaining exercises as straight sets.

Exercises are designated a specific tempo. Ok you’re probably wondering what we mean by the tempo of the exercise. Let us explain. The tempo of the exercise or simply the pace is generally determined by four specific values. The first value indicates the amount of time you should take to lower the weight. The second bears reference to the time taken to pause at the lowest position. The third value specifies the time allowed for the lifting portion of the exercise, and the fourth digit is the time you’ll pause at the end of the rep. Pretty simple right?

This workout allows the trainer to increase the intensity of the routine by lowering the rest periods in-between sets to by 15 seconds biweekly, beginning the program with a rest period of 60 seconds for the first two weeks of the workout, lowering the rest time to 45 seconds on the fourth week and continuing for a six week period to 30 seconds.