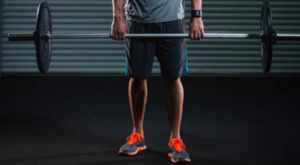 The Upper and Lower body split training has often been referred to by many within the fitness industry as one of the most credible forms of training performed within a single workout session.

What is Split Training?

The typical upper and lower split training session generally requires the person training to focus on a series of upper body lifts within one workout session followed by concentrating on a number of exercises to target the lower part of the body by performing a series of lower body lifts.

How often Should you use split training?

In a traditional upper and lower split training routine two days are alternated throughout the week, allowing the person training to selectively focus training on the first day targeting the upper body muscles thereafter targeting the lower body muscles on the second day of the workout. This method has been widely used by bodybuilders to maintain a workout on successive days observing no instance where there would be any overlap between the muscles targeted during each training session.

Many fitness experts have hailed the upper and lower split training as an effective workout due to the time required to perform the training routine especially with regards to individuals with a busy schedule. A large majority of the typical upper and lower fitness training programs used today require the individual to train for a maximum of four days each week with weekends off. Individuals training using this method have routinely been found engaging in a mild cardiovascular training routine during their weekends to improve their performance and endurance minimizing the possibility of injury when training.

One of the recognizable benefits to the upper and lower split training routine is the variety of exercises offered within a single session of the workout. Individuals during their upper and lower split training sessions are not limited to any one specific body part or muscle group such as the biceps or chest but rather have the option to chose from a wide range of exercises to target the trained muscle groups allowing the person to maintain a level of focus and variety without performing the same exercise motions consecutively.

Advocates of the body-part splits have often expressed that training utilizing body-part splits effectively allows the individual to selectively train specific muscle groups by way of isolation, dedicating an entire training session towards the torso, another for the biceps, legs and the remaining days for other muscle groups.

However a large number of professional fitness enthusiasts have discovered that any training routine designed to divide the body parts into selective sessions makes it impossible for the person training to perform compound exercises such as deadlifts and squats, which are exercises known to play a key role in targeting muscle groups across the entire body.

Conventionally used compound exercises provide a more efficient workout by requiring the assistance of several muscle groups to complete a single exercise recruiting a high level of muscle fibers increasing the levels of testosterone within the body stimulating muscle build and mass.

The convenience of the upper and lower split training does not necessarily require the person training to enroll in a luxurious gym fitted with all the latest exercise machinery for isolating muscle groups which are often quite expensive. Rather the upper and lower level split workout can easily be performed utilizing the most basic gym.

When using upper and lower body split training lifters have been able to effectively keep track of their training schedule and progress due to the simplicity of using a six day schedule and only needing to remember whether that are training their upper or lower body part on any that particular day.