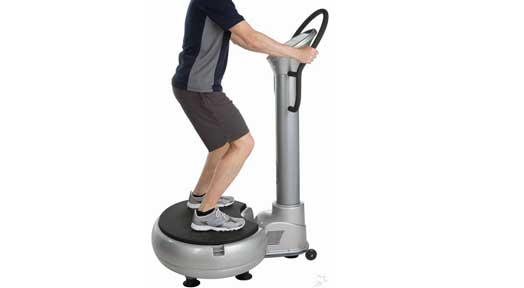 Products involving vibration training which have often claimed to increase our health, build strength and improve performance without requiring any real effort warrants us to have a long, close and hard look.

What is Vibration Training and How can it work for you?

Nonetheless there has been numerous studies supporting the use of vibrating platforms as an effective method of exercise and rehabilitation for treating men specifically with a history of back injury. Having said that bear in mind that this is by no means a credit to some of the claims made by many of the manufactures of these vibration devices promising increased muscular build and performance.

When you look closely at many of these adverts you'll notice that many of these devices aren't always what they're cracked up to be. Nevertheless a large number of professional athletes, gym-goers and even some recognized trainers are getting involved in this fad of vibration training platforms sometimes at the cost of one easy payment of as low as $1,000 and up. While some models of the vibrating platform are known for simply just shaking your body up, others will include a virtual trainer used to walk you through an on-platform exercise workout.

Not all vibrating truing platforms will move in the same direction, some will pivot like a sea saw while others will move up and down sometimes vibrating more than 50 times per second simulation something more like riding a roller coaster while standing up.

How do they really work?

Most manufacturers will claim that vibration training elicits a stretch reflex in your body's skeletal muscles causing them to stretch and contract, thus recruiting more muscle groups than recognized in the voluntary movements associated with conventional exercise. However the frequency at which the platform vibrates is a contributing key factor to the effectiveness when used during the workout.

Vibration training recruits more motor units and corresponding muscle fibers than conventional muscle contractions resulting in the efficient triggering and stimulation of more muscle groups. Considerably an immediate and short term effect of vibration training allowing the muscles to be used quickly with the ability to generate more force. However the result is short lived and will only be effective if the stimulation of the muscle tissue is not overly excessive and lengthy, otherwise the individual will suffer a loss in performance due to fatigue.

Another benefit to vibration training is improved blood circulation resulting form the quick relaxation and contraction of the muscle tissues often at 20 to 50 times per second thus increasing the blood flow throughout the body which is generally experienced as a prickling warm sensation in the skin.

For vibration training to have a long term effect it is important that during the training your body experiences some sort of light fatigue or stress. Comparable to any other form of training, whenever your body is subject to repeated overtraining the theory of supercompensation generally seen with sports training applies resulting in the natural ability of the body to adapt to increased loads by increasing its natural performance.

Who are the best candidates?

This theory has been demonstrated on a number of occasions in a study of vibration training using both elderly and young subjects.
Contrary to conventional training methods vibration training requires minimum loading as no additional weights are necessary, ensuring that the amount to loading to the ligaments, joints and bones during the training are lessened.

This is one of the reasons why vibration training is best suited to men who are difficult to train due to old age, severely overweight or have a history of a known disorder or illness limiting the ability to train using the traditional training methods. Olympic athletes who desire to increase their ability to jump an inch higher may benefit from a quick vibration workout perfectly timed before their jump. However for the average man who is looking to improve his overall performance and health may be better off with the old school training method of planting both feet securely on the ground.