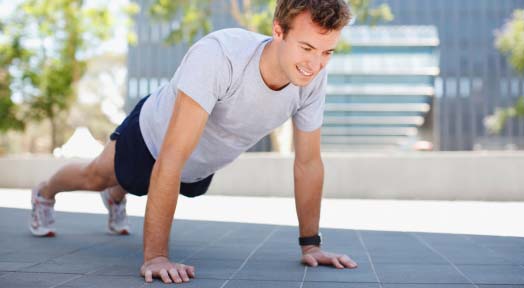 Many fitness enthusiasts in their hopes to achieve faster results to their training routine have occasionally opted to take their circuit training workouts outside of the traditional gym settings. outdoor circuit training be perform at home or even in a park near you.

Top Workout Circuit to try in the great outdoors

In a recent study conducted by the California Pacific Orthopedic and Sports Medicine. The scientists concluded that individuals who performed outdoor exercises were found to have lost an average of seven pounds and over six percent of there total body fat in a period of six to eight weeks. In effect the experiment theorized that in an outdoor setting including inclines, declines and a number of natural obstacles the body is exposed to a more rigorous workout powered by an increase in self-esteem and mindset.

The side leap is one of many circuit training workouts known for targeting the inner thighs, gluteus, calves and quads is among one of the widely used exercises performed in an outdoor setting by many fitness enthusiasts.

The park-bench dip is another popular exercise performed outdoors by many beginners and athletes while on the jogging trail or at the local park. Conventionally the park-bench dip has been proven as one of the more effective exercises known for training the shoulder muscles, triceps and develop core strength.

Another effective exercise used today utilizing the outdoor exercise machine of the traditional park bench is the park-bench push-up. This training exercise has been typically used by several professionals and personal trainers to target the chest muscles, shoulders, triceps, biceps while stimulating core strength development.

Variably the park-bench push-up is also performed by placing both hands on the surface, feet on the bench and walking on the hands in a forward direction until both feet are fully extend and aligned with the back and shoulders. The push up is then executed by lowering the chest towards the ground similar as to the bench before exercising the push-up movement. This variant of the park-bench push-up however should be performed for eight to ten reps. These circuit training workouts will surely give you result.