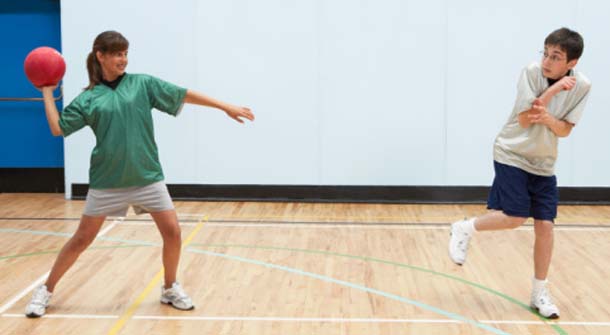 If you haven’t played dodgeball since grade school, you’re missing out on the latest team sports craze that’s sweeping the country. No, we’re not kidding, all over the U.S. and in parts of Europe, grown men and women are signing up for adult dodgeball leagues. And they’re loving it.

How Dodgeball is making a comeback

Popularized in the late 1990s and early 2000s, adults began looking to their childhoods for fun, athletic activities that could enhance their overall fitness. In that time period, the movie Dodgeball starring Vince Vaughn and Ben Stiller hit the big screen with a comedic tribute to those who have taken dodgeball to a competitive level. The rest, as they say, is history. Dodgeball leagues started springing up all over... local rec centers, colleges, gyms, sports clubs. And they continue to be popular today.

Rules haven’t changed much since you were a kid. Get hit with the ball and you’re out. There are a few refinements to the game of which you should be aware, however.

- Teams can be between 6 and 10 players per side.
- There are 6 balls in play at any given moment
- Players may only step out of bounds to retrieve balls
- Balls that bounce against floors, ground, walls, other players are “dead” after the bounce. They must be placed back in play to count towards outs.
- No hits above shoulder level. They don’t count as an out. Don’t be that guy.
- Catching a ball thrown by an opposing player results in an out for the player who threw the ball.
- Players must make a throw within 5 seconds of retrieving ball
- First team to eliminate all opposing team players, wins. If time expires prior to elimination, team with the most remaining players wins.

Looking for a league?

Check out dodgeballusa.com – the official site of the National Amateur Dodgeball Association. Site contains listings of local leagues, tournaments, rules and even a gear shop.