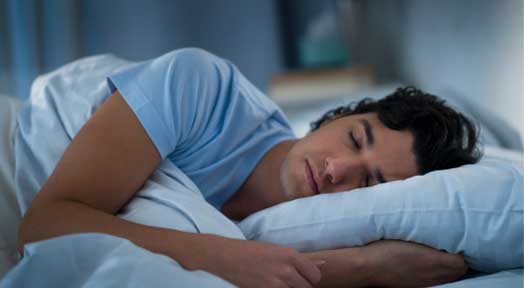 Is sleep too much of a good thing. Some call it the Sleep Hangover effect... you head to bed a few hours early or you sleep in a couple hours later than normal on a weekend and instead of feeling refreshed, you actually feel more groggy. How is that fair? After all, you thought catching a few extra hours of shut eye would help you feel more rested and give you more energy. What happened? Contrary to popular belief, more isn’t necessarily a good thing.

Is sleep too much of a good thing

While you do want to aim for seven to eight hours a night, you also need to pay attention to your body’s own circadian rhythm. This is the pattern in which your body progresses from light to REM sleep to deep and back to light sleep. During any period of sleep, the body goes through the circadian cycle a number of times. For most people, a full cycle takes about an hour and a half to two hours to complete. When a person is woken during REM or deep sleep, the mind is less alert and the body is still in a period of reduced activity – respiration is slower, reflexes are diminished, heart rate is lower.

Too much sleep take the body longer than normal to readjust.

When the body wakes on its own or during a light period, the body has already begun returning to a normal wakeful state. It takes time for the body to adjust on the fly when woken suddenly from deeper sleep states. This condition also persists when the body spends longer than necessary involved in sleep. As the body begins another circadian cycle, and another, and another, the body becomes accustomed to this lower activity level. It can take longer than normal to readjust to normal activity and awareness levels. Oversleeping has even been linked to Obesity, headaches and overall decline of appearance.

If you find yourself sleeping longer than normal try stepping outside or have a cup of coffee.

If you find you’ve fallen victim to a sleep hangover, try stepping outside into bright sunlight for a few minutes. Or, take a leisurely walk. Both of these help encourage the body to resume daytime activity levels. Try to avoid caffeine and other stimulants, as these can cause wakefulness that lasts well past when you’d normally go to bed, which makes it difficult to get a good night’s the following night.