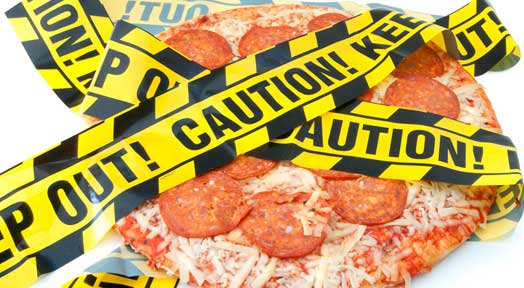 Food additives, The human race in general, is in a pretty bad way if truth be told. Worldwide obesity levels are now at record breaking highs, obesity is costing governments billions upon billions in health care every single year, and life expectancies are becoming shorter, rather than longer.

The unhealthy side of food additives

People’s health is also suffering as a result of weight-related illnesses including diabetes, high blood pressure, and arthritis because of too much weight being placed upon the joints. The reason we’re so unhealthy is because we don’t get enough exercise, and we eat far too much processed junk food that is packed full of artificial ingredients and little nutrients.

Food additives are incredibly unhealthy and bad for us, yet governments still continue to allow food manufacturers to pump them into the foods we eat on a daily basis. In order to experience true health and well-being, these additives need to be removed from your diet as soon as possible.

Aspartame and chemical sweeteners are most commonly found in so-called “diet” drinks, because they’re there to replace sugar. People fall for clever marketing and advertising techniques and think they really are healthy, which is why they drink them. Chemical sweeteners, aspartame in particular, have been heavily linked with cancer, depression, insomnia, headaches, fatigue, and many more unpleasant side effects. The chemical itself was created by the same company responsible for the chemical weapon known as ‘Agent Orange’ so just take a moment to think about that before drinking your next diet coke.

MSG or Mono-Sodium Glutamate is a so-called flavor enhancer that actually comes from seaweed. It is marketed as a flavor enhancer, but it is tasteless. Yes, that’s right, a tasteless flavor enhancer. This chemical is used in food items because it is highly addictive, meaning the more you consume, the more you want in the future, so you’ll keep buying that particular product. It also contributes towards Alzheimer’s, Parkinson’s, and Lou-Gehrig’s disease.

Saturated fats are bad enough, but trans fats are even worse. Trans fats mainly consists of partially hydrogenated vegetable oil and are found in many baked goods and processed goods including margarine. They help contribute towards inflammation, diabetes, cancer, heart attacks, high cholesterol, blocked arteries, strokes, infertility, and much more on top of that.

HFCS is derived from corn and was originally created as a healthier alternative to regular sugar. In reality however, it was quickly discovered that HFCS was even worse than sugar. The reason for this is that the liver is the only organ able to metabolize it, and if you consume too much, along with a high fat diet, the liver can suffer in a big way as it will become enveloped by fat cells, putting you at risk of diabetes, organ failure, and liver cancer.

Artificial flavors, diacetyl for example, are packed full of a combination of over 50 different chemical ingredients, so it’s no wonder that artificial flavors and flavour enhancers are considered so unhealthy. They’ve been found to contribute towards a number of health conditions, including degenerative diseases including Alzheimer’s disease.