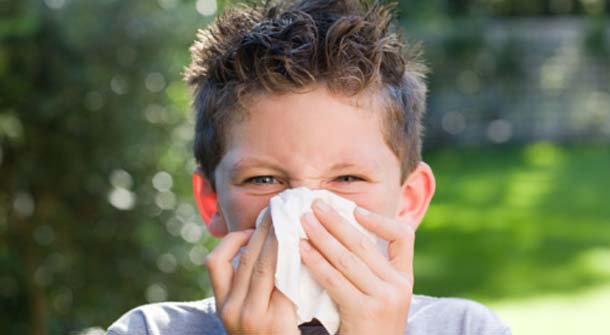 It’s not unusual to hear pediatricians, teachers, and parents all talk about children “aging out” of certain allergies. Hay fever, for example, which often causes mild asthma in children under the age of 8, usually dissipates by adolescence, taking the asthmatic conditions with it. But increasingly, it appears the opposite of allergies and aging is true as we grow older. And although it is rare to develop an allergy past the age of 40, it certainly isn’t impossible and happens more often than you’d expect.

It’s all due to natural changes in our immune systems as we get older. Sometimes the reaction is a long-dormant allergy that is triggered once again by a declining immune system or increased exposure to allergens (retirees often report a “new” allergy to dust or pet dander now that they spend more time indoors instead of at work).

However, some allergies can pop up out of the clear blue.One of the main culprits can be prescription and over-the-counter medications. Even if taken regularly in the past, someone can develop a reaction to a medication when it’s taken in conjunction with another medication. Ceasing medication (with doctor’s approval) and adding medications back one at a time with at least a week in between is a good way to identify which medication may be the allergy culprit. Similarly, taking allergy medications to counteract the appearance of new sensitivities may not mix well with other medications taken on a regular basis. And yet, when asked by medical personnel whether or not they’re on medications, most people forget to include their over-the-counter antihistamine.

Simply being mindful of your actions, diet, surroundings, and supplements is all that’s needed to combat allergies and aging. Late-onset allergy problems for the most part are pretty easy to keep at bay. You don’t even have to make sweeping changes as long as you’re aware of all the potential allergens you’re exposed to on a daily basis.