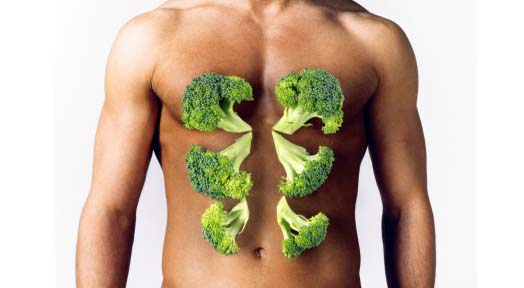 Regarding bodybuilding and bulking up, it has to be said that in order for a person to increase mass, they will need to consume enough calories in order to do so. That means that no matter what, in order to build muscle, you will need to do some lean eating in order to grow. However, many people seem to take this a little too literally, and will therefore insist on consuming vast quantities of unhealthy, fatty, processed junk food, because they believe it to be the easiest way of meeting their macronutrient requirements for the day.

How to start lean eating in your daily diet

You don’t need us to tell you just how unhealthy this actually is, and to be completely honest, it’s also totally unnecessary too. People seem to be under the assumption that in order for you to bulk up and build muscle, you need to consume fat and therefore gain fat in the process. This is simply not true, and there are several effective lean eating methods in which you can meet your macros on a daily basis, without the fear of gaining body fat in the process.

Cut any visible fat from your meats

In order to build muscle, a diet rich lean eating in protein must be followed, and meat is a fantastic source of protein. However, not all meats are entirely lean, so be careful. Take steak for instance, certain steaks, sirloin for example, have a large strip of fat running down the side of them, and although it may taste pretty nice, it’s unhealthy and unnecessary too. Rather than ignoring these cuts of meat, instead simply cut away any visible fat. The white fat stands out dramatically against the red backdrop of the meat, so you should have no trouble locating any excess fat. With chicken, remove all of the skin and consume just the meat instead, and with bacon, again, cut away any excess fat, and you’d be surprised by how lean the meat actually is.

If you’re being especially strict on your diet, then you’ll want to avoid as much fat as possible, and consume the leanest foods instead. If you happened to enjoy chicken thighs, then rather than messing around trying to remove any excess fat and skin, why not instead opt for a leaner alternative such as skinless chicken or turkey breast instead? If you enjoy minced steak, then how about trying turkey mince, or an extra lean pack of mince instead. There are always leaner alternatives and although they may not be quite as nice, they still do the job they’re intended to do.

Be adventurous in the kitchen

Don’t be sucked in by advertising campaigns and fitness magazines, you’re not training for the Mr Olympia contest, so you needn't follow the same sort of diet. You know the sort, the type consisting of brown rice, steamed chicken or white fish, and broccoli or asparagus. You can instead whip up healthy meals, that are low in fat, and just as nutritious, with maximum flavor too. Take a healthy stir fry for example, simply grill some chicken or seafood, add your vegetables, some noodles, and a dash of cooking sauce or simply soy sauce, and you’ll have a protein and nutrient rich dish that tastes great, and is extremely low in fat too.