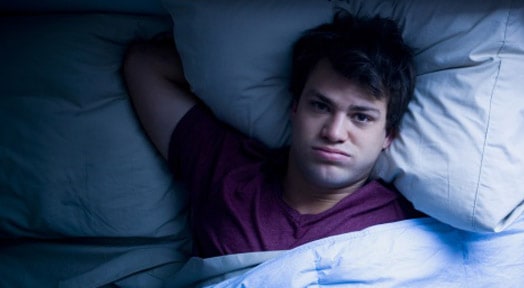 Every year we spend millions upon millions of dollars on expensive anti aging creams and moisturizers, all designed to help us look younger and more youthful. We buy these creams to help us hang onto our youthful looks, yet certain other factors can come into play, which simply mean that our physical appearance, and many internal functions for that matter, can also suffer thanks to factors beyond our control. One especially is a medical condition known as sleep apnea. We’ll take a look at the question can sleep apnea cause premature aging, and some of the other side effects associated with this specific condition.

What is sleep apnea?

Sleep apnea is a medical condition which affects a person’s breathing pattern whilst they sleep. It actually makes the person stop breathing whilst they’re sleeping, lasting only a few seconds usually, but repeating itself all throughout the night. It can be a very serious condition and an actually be fatal in some instances. It most commonly affects middle aged people, affecting an average of 10% of all middle aged men, and around 6% of all middle aged women in the United States.

The figures are similar in a number of other countries all over the world too. Sleep apnea cause snoring, also it’s important to distinguish between the two. Snoring itself isn’t dangerous, it’s the lack of oxygen that causes sleep apnea which is the problem. As we said, sleep apnea can be fatal in some instances, and at the very least it can make for some extremely loud and possibly annoying snoring at bed time. Typical symptoms of sleep apnea include:

How can sleep apnea lead to premature aging?

As you stop breathing for a few seconds in different intervals when suffering from the condition, the lack of oxygen in your system is the sole cause of premature aging. Your body needs oxygen to perform all of its major functions. That means illness, injury, digestion, joint flexibility, skin elasticity and collagen levels are all affected, all of which can lead us to look and feel older than we actually are.

As well as premature aging, sleep apnea has also been linked to strokes, heart attacks, high blood pressure, depression, memory loss, headaches, migraines, nausea, anxiety, respiratory failure resulting in death, interrupted sleep, and much more on top of that. If you suspect you, or somebody you know may be suffering from this condition, seek medical advice immediately.