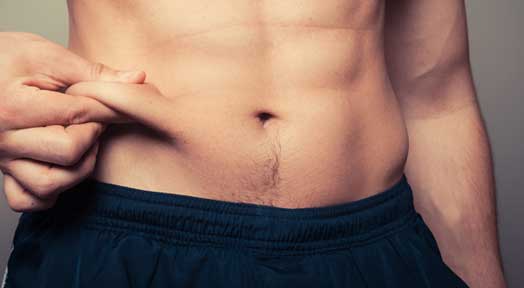 The problem with the internet is that now pretty much every person with access to a computer based device now has the potential to create posts and articles, sometimes anonymously, without having any real evidence to back up their claims. Despite this, some people will read what they have to say and will then either repost the info somewhere else, or simply tell other people about it in the real world, and before you know it everybody now has access to this information and they may take it as gospel truth like the metabolism myths.

People say that you shouldn’t believe everything that you read on the internet and they’re absolutely right.

People may post the wrong information regarding diet or weight loss for example, somebody else may read it and follow the advice, and suffer as a result. Take weight loss and our metabolisms for instance. In order for us to lose weight we need to burn fat, and we do so via our metabolisms, which convert stored fat and calories into energy for our bodies. The problem is that there a number of common metabolism myths and misconceptions, which can make things extremely difficult and confusing.

Eating after 7pm will slow your metabolism

Our metabolisms cannot be changed

False! Some people do have faster metabolisms than others, but even so, just because you genetically have a slower than normal metabolism, don’t think that you can’t change that. Exercising regularly will boost your metabolism, as will eating small, healthy and balanced meals regularly. Consuming high amounts of protein is also beneficial as protein is harder to break down than other foods so that body burns more calories digesting it.

Your metabolism will turn fat into muscle if you lift weights

Wrong again. People often say that they wish to turn their fat into muscle and by lifting weights the metabolism will be able to do so. This is complete nonsense as fat is fat and it cannot be transformed into anything. It can be burnt off, but never transformed. No matter how high your metabolism is, you will never be able to turn fat into muscle. You can burn fat and build muscle in its place, but never change it.

Absolute nonsense! Muscle most certainly does affect metabolism because the more muscle you build, the more efficient your metabolism becomes. The reason for this is that muscles requires more energy to sustain itself than fat, so the metabolism is constantly working harder converting fat and calories into energy so the body can sustain these increases in lean muscle mass. Remember, increased muscle means an increased metabolism.