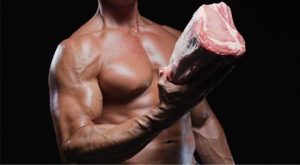 Protein is highly regarded as one of the three key macronutrients needed by the human body to function effectively. In addition to carbohydrates and natural fats proteins play a valuable role in the growth and repair of body tissue. They are also responsible for the body's metabolism and digestive functions including the development of antibodies which are used by the body to fight various forms of infections. Protein both complete protein and incomplete protein which make up at least 10 percent of your brain mass and over 20 percent of your liver, heart and skeletal muscle tissue is an important component used by the body in maintaining its health and strength.

Food which is consumed is taken to the digestive system is broken down to form specific amino acids which is then organized and categorized by the human body into over 50,000 various types to be used in a number of different ways including enzymes, hormones, and even neurotransmitters which are essential components of the human brain's neural network. These neurotransmitters are solely responsible for our daily moods and overall brain functions.

What are complete proteins?

There are a variety of complete protein sources where one can attain a sufficient quantity of essential amino acids required by the human body. These are generally seen as proteins based through the consumption of meat sources with a few specific plant sources which are in themselves considered to be rich in protein. A few of these sources include, meats, fish, dairy products, buckwheat, quinoa, eggs and even hemp and chia seeds. These are generally considered and referred to in the nutrition industry as Complete Protein Sources.

Incomplete Protein Sources on the other hand are those sources which have not been found to contain the 9 essential amino acids required by the human body. These particular sources as not complete in themselves must be supplemented with other forms of proteins and incorporated within a person's diet. Such Incomplete proteins include, Vegetables, Legumes, Nuts and Seeds, and Grains.

Although these protein sources are considered incomplete, they are yet to be proven unnecessary to the body's requirements as when used in conjunction with other protein sources such as Rice and beans, Hummus and whole grain pitas or even a Spinach salad made with almonds, will provide the perfect balance of amino acids required by the body to maintain a healthy lifestyle.

Protein and your digestive system

Several nutritionist will argue over what the right kinds of proteins are required by the human body's digestive system to maintain a healthy state of survival. Some have claimed that due to our natural biological nature, consuming animal proteins is best suited to humans while others have claimed that it is through the consumption of plant based proteins that humans will achieve a near perfect healthier state.

Through research it's been discovered that such arguments are actually not based on the protein composition of the varying foods, but rather on the cholesterol levels and fat content found in meats as opposed to that which is not found in plant foods. As for most people, the human body has the natural capacity to handle both protein types effectively.

Importance of a well balanced diet

One particular issue which has been found through scientific research is, protein derived from animals are rich in sulfur containing amino acids. Which will naturally lead to increased levels of acidity within the human body causing calcium levels to become depleted as the body tries to naturally balance the existing pH levels. This situation is nonexistent through moderate consumption of a well-balanced diet incorporating both animal and plant proteins.

The key to maintaining a healthy state of mind and body can only be achieved through a balanced quality protein diet by having an suitable combination of both animal and plant proteins.