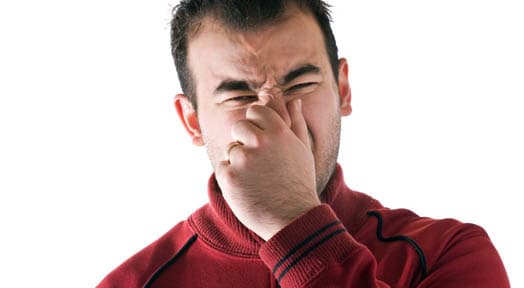 Now, as far as hilarity is concerned, there are far fewer hilarious noises in the world, than those which the human body produces when it lets rip an enormous, bowel rumbling fart. Farts are hilarious, there’s no getting around that, but they’re also to many of you, pretty disgusting. If you've ever spent an entire car journey trapped in a vehicle with somebody suffering from bad flatulence, you’ll know exactly what we’re talking about so what's the connection between your farts and health .

Farts make a variety of different noises, which, let’s face it, are what we find so hilarious. The slightly nastier side associated with farting however, is the noxious smell which they emit afterwards. Once you get a whiff of what can only be described as rotten egg and meat, boiled in a vat of sulphur, you’ll quickly forget to see the funny side. Our farts however, can actually tell us a great deal about our overall health and well-being, especially as far as our digestion is concerned.

Why do we fart, and why do they smell?

When we eat our food, it travels into our stomachs, where special digestive acids and enzymes begin breaking it down, allowing our bodies to extract the nutrients from it. The entire process is like one large chemical reaction taking place in your stomach, and as a result, gasses are produced as by-products. We also allow air into our stomachs when we eat food, which too can build up.

These gasses and air build up and put incredible pressure on our stomachs, and our bodies have to find a way of releasing them somehow, which it does, by venting through the nearest opening, which just so happens to be our butts. As far as the smell is concerned however, hydrogen sulphide gas and nitrogen rich compounds are naturally present in the food which we eat. These compounds and ingredients naturally smell pretty awful, and the more we eat, the worse our farts smell. Meat and eggs are known to produce especially stinky farts, due to the fact that they contain such high amounts of these ingredients and compounds.

So what is the connection between farts and health?

Well, in actual fact, they tell us more than we may have realized. If you produce especially stinky farts on a constant basis, that’s usually the tell-tale sign that your digestive system may be struggling to digest and break down the foods which you've eaten. If you fart regularly but they don’t smell, this could be a sign that you aren't getting enough protein in your diet. Diets rich in protein are known for producing ‘protein farts’ which smell pretty awful to be perfectly honest. The key is finding the right balance. If you’re farting regularly, but not so as it’s anything out of the ordinary, and they don’t smell particularly bad, this is a sign that your digestion and digestive system is exactly where it wants to be at, and that it’s able to properly digest and break down the food which you consume, easily and effectively, without too many nasty, smelly by-products as a result.