Body Issues for Men that are Embarrassing 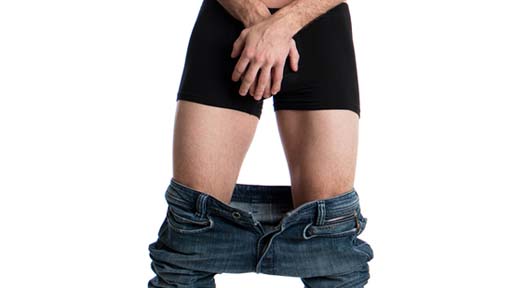 Let’s face it, we men like to generally keep our cards close to our chests, keep our problems to ourselves, and essentially suffer in silence with our body issues for men as a result. If you were to ask a man if he’d be happy to visit a Doctor regularly, every time he has some sort of health related problem, he’d probably tell you to get lost. Yes, unless it’s life threatening, most men just won’t seek medical advice, and unfortunately some won’t even then. But what about  these problems are considered embarrassing? Well, you probably already imagine what the answer’s going to be. Despite the fact that it may be embarrassing, these problems and issues will need to be addressed one way or the other. Many of these body issues for men are very common and actually surprisingly treatable too.

Starting with the most obvious, if a man suffers from erection problems, usually the fact that he struggles to get or maintain one,  the last thing he’s going to want to do is tell other people about it. Erection problems generally make men feel inferior, as if they’re not real men at all. This is complete nonsense, as these are extremely common problems, that will affect most men at some point in their life, are brought on by a number of things, and can also easily be treated. Firstly, if it’s been going on for a long time, you should always seek medical advice, as it could be a sign of something more serious. Erection problems are often brought on by excessive drinking, a poor diet, or stress, so try eating healthily, drinking more water, and relaxing more and avoiding stressful situations.

Yes, the dreaded “grapes of wrath” as some people like to humorously dub them. Piles are basically just inflamed or infected blood vessels in the anus, that swell up and become sore and irritated following certain situations. They’re painful, embarrassing, and very common , amongst young and old men. By eating more fibre, you can soften your stools, which will be far less painful, and will allow them to heal quicker. Drinking plenty of water helps too, as the last thing you want is to become constipated. Piles will generally clear up by themselves after a while, but here are treatments available for more severe cases. If they get no better and you notice regular bleeding, you should always seek medical attention to be safe.

Gynecomastia is basically when men’s chests begin to resemble those of women, making the man appear to have a set of breasts himself. For most men, gyno is generally nothing more than swollen puffy nipples, due to the fact that this area of the chest tends to store more fat than others. Other severe cases however, can basically look exactly like breasts.

Gyno is most commonly caused by weight gain in the form of fat, so a poor diet could be to blame. However, hormone imbalances are also sometimes responsible, which is why many anabolic steroid users often experience gyno. Staying away from anabolic compounds is a great place to start, but doing more exercise, training your chest more in the gym, and losing body fat is a great way of getting rid of your “moobs” for good.