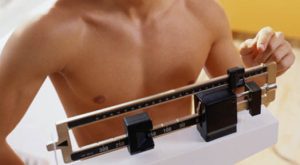 Unless you’ve been living under a rock for the last few years, you’ll no doubt be well aware of the obesity epidemic which is sweeping across the entire world. More and more people are being classed as obese every single day and in fact, worldwide obesity figures recently peaked at an all-time high. Currently, it’s the country of Mexico which has the highest percentage of obesity, but there are many, many other countries close behind it, and for that reason, something has to be done. However, in order to determine whether or not a person is of a healthy body weight, or indeed how far off they are from meeting this target, there are several factors to take into consideration. For instance, just because somebody weighs a certain amount, this doesn't categorically prove that they’re obese or overweight. Take bodybuilders for example. Say a bodybuilder stands at around 5 feet 10 inches tall, has less than 10% body fat, and weighs over 250lbs, then on paper, he’d be classed as obese. On paper, people would look at his height, and then his weight, and class him as being obese. This is absolute nonsense of course but that is why it’s so important to work out your true ideal body weight, and which factors to take into consideration.

As we said, just because somebody is heavy, this doesn't make them obese or overweight. Take muscle for instance. Muscle weights twice as much as fat, so a muscular person will weigh pretty heavy on the scales. Just because they’re heavy however, this doesn't make them fat. There are several tests which can be performed to calculate a person’s lean muscle percentages.

There are now several pieces of equipment and tests which can accurately calculate a person’s body fat percentages, which will tell them just how much body fat they’re actually carrying. Knowing your current body fat percentage is so important, as we’ll find out a little further on.

Again, to work out your ideal body weight, you also need to know your exact current weight. Get an accurate reading with trusted weighing equipment, and take several readings just to be sure.

Where you carry most of your weight

Fat can be stored on many different areas of the body. The most common and unsightly areas are the stomach, the buttocks, the face, and the legs. However, some people store more body fat in different places than others. You could weigh very little for instance, but still carry a great deal of body fat around your stomach, which is probably where you’d like to lose most of it from. This means that again, a good body fat percentage calculator should be used to get the right readings. This will tell you where you’re carrying the most weight, and how much you need to lose. For most men, an ideal body fat percentage is between 14 and 24% so aim for anything in those figures.