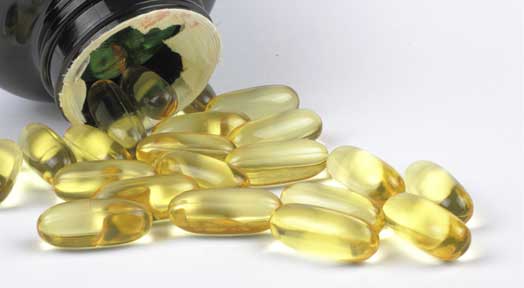 Manufacturers all race to tout the many supposed benefits of fish oil. Some of these “facts” are based on solid research, and some are really based on anecdotal results or uncommon results. By knowing the real deal, you can make a more educated decision about why and how to add it to your diet.

Let’s start with what it is. It's oil pressed from fatty fish.

The main benefit is its omega 3 fatty acids, which are a mono-unsaturated fat believed to help reduce the risk of high blood pressure and cardiac disease. Fish don’t actually produce omega 3 fatty acids themselves; they absorb it when they eat certain algaes, or when they consume prey fish that eat the algaes.

• Fish oil has been proven to lower triglycerides, which are fatty substances in the blood linked to heart disease and diabetes. Researchers now believe that some it can lower triglycerides by up to 50 percent. Ii's also proven to reduce inflammation throughout the body.

• Fish oil appears to widen blood vessels, and has shown promise in the treatment of high blood pressure.

• Individuals with rheumatoid arthritis have reported that their morning stiffness goes away faster when they take the oil, and that in some cases the use of fish oil supplements can reduce their need for pain medicines.

What the Jury’s Still Out On

In spite of claims by a number of distributors and natural health proponents, scientific research has not yet borne out the idea that fish oil is effective at improving cognitive function, or treating cancer, prediabetes, diabetes, depression or Alzheimer’s disease, according to Medline Plus, a service of the U.S. National Library of Medicine and the National Institutes of Health.

How to Choose a Fish Oil Supplement

Fish oils are not all created equal. Frankly, as is the case with most products, some companies are committed to quality, while others are committed to making a buck. Here are a few ways to make sure you’re getting top quality fish oil in your supplements:

• Look for transparency. Not in the caplet itself, but on the label. The label should tell you where the oil comes from, and any other additives it contains. If the label is vague or generic—for example, it says “marine lipids” and not “salmon oil” or “sardine oil”--put it down. In addition, if there are any foreign oils or other suspect ingredients, look for another option.

• Research the brand. Make sure it’s reputable, and that it uses oil from healthy fish to minimize the possibility of contaminants.

• While DHA—a fatty acid believed to support cognition and brain health—is important, there are actually eight different fatty acids. Look for a supplement that has a balanced mixture of all eight.