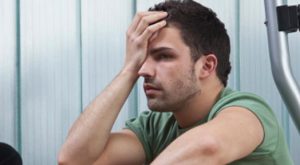 When it comes to our health and general well-being, what we’re eating and drinking on a regular basis can play a big role in determining just how healthy we actually are, and exactly how we actually feel as a result. You've heard the saying that ‘You are what you eat’ meaning basically that if you eat crap, you look and feel like crap, and if you eat healthily, you’ll look and feel healthy. Well, this saying is actually pretty spot on for a number of health related issues, and not just those concerning our weight either. If you’re particularly prone to headaches or worse still, migraines, you won’t need us to tell you just how awful and debilitating they can be. Headaches and migraines can make life miserable for many people, in fact, there is a condition known as a cluster headache, which is described as the worst pain imaginable, dwarfing childbirth in comparison. So severe is the pain caused by this headache, that people actually have been known to take their own lives just to make the pain stop. Now, these are rare but headaches and migraines are not, and for that reason, you need to know how to prevent them. Rather than relying on painkillers, there are foods you can eat which have been scientifically proven to help prevent and fight headaches altogether.

Often, when we suffer from headaches, it’s because we've lost electrolytes such as potassium. To help combat this, it’s recommended that we consume foods which are naturally rich in potassium. People often think of bananas as the go-to food stuff as far as potassium is concerned, but in actual fact, a baked potato with the skin on, contains an impressive, 721 mg of potassium, whereas a banana contains around 470 mg.

Headaches are often alleviated when we consume foods or medicines which can reduce pressure and inflammation. Magnesium is especially effective at fighting a headache, due to the fact that it has been proven to significantly help relax blood vessels in our bodies. Guess what? Yep, almonds, as well as being naturally rich in protein, are also packed full of natural magnesium.

Ok, technically not a food, but even so, water is arguably the most effective ingredient at helping to reduce or cure headaches altogether. One of the main reasons we suffer from headaches is because we could be dehydrated and not drinking enough. You should drink plenty of water each day anyways, but if you feel the early stages of a headache coming on, drink as much water as you can. Alcohol is a diuretic, which means to expel more water than we can take in when we consume it, which is why we get hangovers, because we’re dehydrated. A great way of avoiding a hangover after a heavy night’s drinking is to drink as much fresh water before bed as you possibly can. It really works.