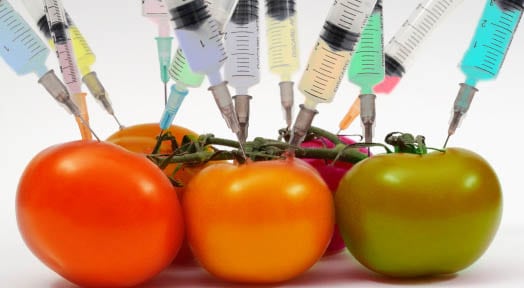 Getting our health and nutrition right is simply vital if we want to live a long and happy life, with as little illnesses and health complications as possible. Despite this, we seem to insist on eating garbage junk food on a day to day basis, not get enough exercise, and then complain when we gain weight and become unwell, as if it’s some big shock and mystery. You know the saying ‘you are what you eat’ and for many, when we eat garbage, our insides and our health tends to resemble garbage. Processed foods are simply everywhere, and with big advertising corporations shoving their junk food products in our faces, it’s no wonder that so many people are overweight and unhealthy.

Genetically modified organisms (GMO's) are the latest hop topic of the health food world. So you may wonder exactly what are GMO's? They are organisms that are created in a lab, and offer little to no nutritional value in the slightest. They’re created when a special gene from one organism, is transplanted into the genetic makeup of another, basically creating a mutation. Take crops for example. Nearly 90% of soybean crops contain special DNA which was created artificially in a lab. There are numerous reasons that GMO’s are so bad for us, here just some of the reasons including:

We don’t know what we’re eating

We live in a world where something as simple as a soy bean, may not be entirely as it seems. It may have the genetic makeup of other food sources, and what’s worrying is that we don’t know what. We buy soy beans, eat them, and think that’s that. We don’t think twice, because as far as we’re concerned, why should we? GMO’s and ingredients aren't actually labelled on food packaging either, so we most certainly won’t be able to tell exactly what it is that we’re eating.

While more proof is needed, early studies show that foods containing GMO’s, can be pretty bad for us

More proof is needed to be sure, but early studies conducted on rats, are showing some pretty scary warning signs. The rats were segregated, with half being fed regular organic potatoes, and the other half being fed potatoes containing GMO’s. The digestive systems of the rats fed the organic potatoes were fine, but the rats eating the GMO potatoes, were a different story altogether. These rats showed signs and warnings of chronic wasting, whilst the females gave birth to stunted babies with other birth defects.

Crops containing GMO’s need larger amounts of chemicals and pesticides to keep under control. These chemicals are nothing but poisons, designed to kill insects and bugs, and companies think that washing these chemicals away with a little water is enough to make them safe. The bottom line is that these crops are doused in poisons and toxins, and no amount of rinsing or processing will be able to get rid of all traces completely.