Good Foods To Eat Before Running 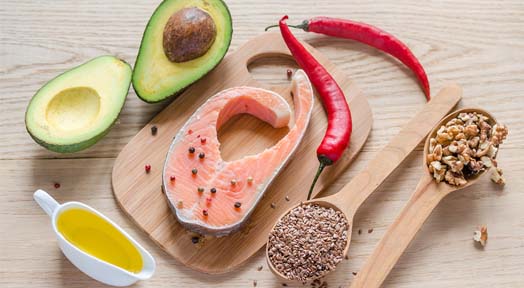 Being physically fit and active are both key components in living a healthy and happy life. You’ve obviously heard countless times just how beneficial and important it is to be physically active, as exercising has a whole host of various health related benefits. Well, as far as which form of exercise and activity is the most beneficial, that’s really simply a matter of personal opinion and personal preference. One form of physical activity however, which is, and has been for decades upon decades, if not centuries upon centuries in fact is running. Running is extremely popular and extremely healthy and beneficial and a number of keen runners take it very seriously. They run and exercise on most days of the week, and they also adhere to eating a strict foods diet too, which some people refer to as a runners diet.

What is a runner’s diet?

In truth, when people refer to a runners diet, they aren’t referring to a specific diet plan, such as Atkins or Keto for example. What they’re basically referring to is a healthy and balanced diet and nutrition plan, which they adhere to for the majority of their lives. Runners don’t consider it a diet, but rather a healthy eating lifestyle plan instead. The foods they eat aren’t fancy or complicated, but what they are is fresh, natural, wholesome, low in saturated fat, and healthy.

what types of foods will runners eat when running marathon?

As we said, there’s nothing complicated or complex about the diet, and as far as which foods they consume, that’s really just down to a matter of personal preference. Vaguely speaking, they’ll consume a balanced quantity of proteins, carbohydrates, and fats, which they’ll get from a number of sources. There is no quantity or set amount that they eat, nor are they required to eat at a certain time every day. You may find that before big races or events however, that they do what is known as carb-loading, in which they eat large quantities of complex carbohydrate rich foods such as pasta, potatoes, oatmeal, and rice for example.

The reason for this is so that their muscles become saturated with glycogen, which will then serve as fuel the next day during the event. Kind of like filling your car with fuel the night before you set off on a long road trip. As for typical examples of foods they consume, well generally speaking, many of them look like this:

Proteins are very important for runners as they’re essential for the growth and repair of muscle tissue. When we run, we use our muscles and they become damaged overtime. The amino acids contained within protein help to repair these damaged muscles. Typical examples include, eggs, fish, soya, lean red meat, chicken breast, turkey, and organic nuts.

Fats are also essential for runners as fat is used as a common source of energy. Rather than eating greasy, processed fast food, runners will instead get their fats from healthy sources such as avocados, oily fish, olive oil, and organic nuts.

Overall, there is no right or wrong way to eat if you happen to be an active runner, just ensure you eat a healthy and balanced diet and always picture things for the long run. The Runners Diet isn’t a diet at all, but rather a lifestyle change, so get out of the diet mentality, and into the healthy eating mentality instead