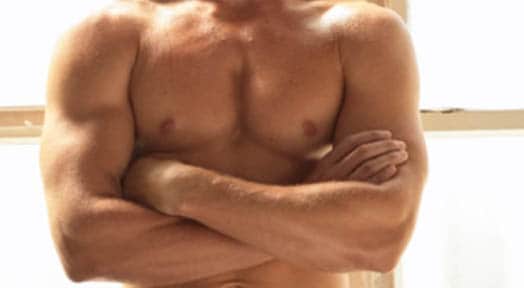 When it comes to knowing the importance of amino acids for building muscle most men are clueless. Let’s face it, nearly all of us dream about sporting a lean six pack, bulging 20 inch biceps and a set of broad shoulders like cannon balls. We strive for perfection yet many of us are simply not aware of all the facts regarding bodybuilding and conditioning, and as a result, we aren’t able to truly get the most out of our workouts.

Bodybuilding is about so much more than simply lifting weights in a gym for instance. It’s a way of life and requires a huge amount of hard work and dedication. As well as the training aspects, there are also the nutritional aspects to consider. You can lift all of the weights you like, and train as intensely and as focused as you like, but if your diet isn’t on form, you won’t truly see the same benefits as somebody whose diet was on form. After that, there’s the complicated matter of supplementation. Protein is obviously a bodybuilder’s best friend, due to the fact that it’s essential for the growth and repair of our muscles. But why is it essential? The main reason is because it contains amino acids.

What are amino acids and why are they important?

Amino acids are often described as the building blocks of protein and muscle. They’re responsible for cellular growth, strengthening, and repair, making them essential for bodybuilders. When we lift weights, the cells and tissues in our muscles become damaged and destroyed, and need to be repaired and re-built bigger and stronger than they were previously. When the body repairs them, it rebuilds them bigger and stronger. In order to do so however, it requires certain nutrients and chemicals, including many different forms of amino acid. Amino acids are found in protein, and they are synthesized by the body in the following way: We consume protein, and the amino acids it contains, which are then transported to the liver and the blood stream. Once in the liver, the amino acids are then synthesized and broken down before being released into the body. The problem here is that the entire process takes time, meaning that by the time these amino acids are finally released into the body, the time when they were required the most, (post workout) will have expired. To help combat this, amino acids can be supplemented in liquid, powered, or tablet form, meaning they bypass the liver, and enter the bloodstream right away.

There are actually 23 different amino acids, which are divided into two groups: Essential, and non essential amino acids.

Amino acids help to increase the rate of protein synthesis, but they can even help to increase your energy levels, by reducing the amount of serotonin which causes us to feel sleepy and fatigued.

The great thing about Branch chain amino acids (BCAA’s) in supplement form, is that these require no digestion or processing, and therefore get into the body right away. The bottom line is that amino acids are vital for the growth and repair of our muscles, or rather the cells and tissues in our muscles, and therefore, they’re a very beneficial and important bodybuilding supplement indeed.