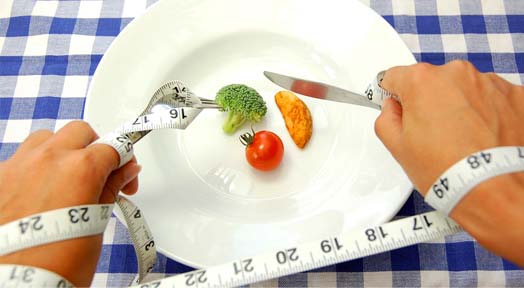 When it comes to our bodies, many of us are probably not quite in the shape that we wish we were, and if we had the choice, we’d drop a few pounds of fat, maybe more, and would replace it with lean muscle instead. Now, as far as losing fat is concerned, generally speaking, a intermittent fasting diet is a great way to start.

The problem with diets these days however, is that there are just so many different ones to choose from. Some tell you to eat one thing, while another will tell you to do the exact opposite. Both will have facts and research to back up their claims, so which do you believe? Well, a couple of diets which have been getting a great deal of attention over the last few years, especially since they were featured on a Horizon documentary on BBC 2 in the UK, are intermittent fasting diets, and alternate day fasting diets.

When it comes to differentiating between these two diets, there’s a couple of key things to remember. Firstly, they are very different in principle to one another, and although the names may be very similar, that’s really all there is that can be used to distinguish between the two. The second is the way they actually characterize themselves. The clue’s in the name with these two diets.

This diet involves a person fasting in a choice of two separate ways, though not both at the same time:

- The first way is described as shorter intermittent fasting, in which they’ll fast on a daily basis. The important thing to remember with this diet, is that they eat their meals every few hours, in what some people refer to as “feeding windows” which are typically spaced out every 6 – 8 hours. That means that they’ll fast, and eat nothing for those 6 – 8 hours, and they’ll then eat, before repeating all over again.

- The second method is a much longer period of fasting, which is performed once or twice per week. People intermittently fasting in this way, will fast for 24 hours twice per week, meaning that twice a week, they’ll eat nothing for 24 hours.

Intermittent fasting is not an excuse to binge eat, as doing so could not only hinder any weight loss progress, it could even cause a person to gain weight. The meals should be balanced, regular meals, with the main attraction being the fact that the foods aren’t your general diet foods such as salad leaves, steamed chicken, poached fish, and rice cakes etc.

With the alternate day fasting diet, not surprisingly, this involves a person dieting for one day, before generally eating what they’d like on the following day, before dieting again, and repeating the process all over again. The idea behind fasting is that as your body is so starved of energy whilst you fast, it digs into your fat stores, and uses the fat as fuel to get it through the day. Eating what you like the next day, helps to refuel the body if you like, providing it with more energy to get through the day ahead, before it runs out and digs into the body’s fat stores once more. When you fast, your stomach also shrinks, meaning you get full quicker and easier, and you eat far less as a result. Less food means less calories, which means less body fat as a result.

Both methods of fasting have been proven to be very effective, so it’s really just a case of looking at which one you prefer, and which one would best fit around your lifestyle and daily schedule.