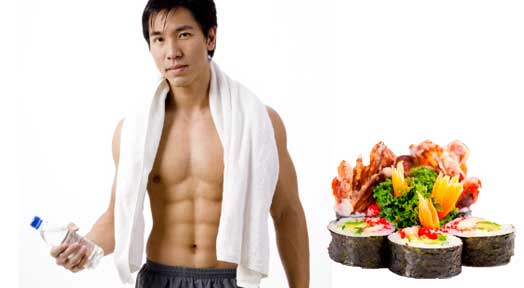 Unfortunately, we all only have a limited time here on Earth, and no matter what your beliefs may be following the afterlife, many of you will probably want to do all that you can to help ensure that your time in this world is enjoyable, happy, and as long as possible. Now, it doesn’t take a genius to work out that if you happen to live an inactive sedentary lifestyle, combined with a diet rich in unhealthy foods and drinks, as well as other unhealthy lifestyle choices such as heavy alcohol consumption and smoking, you will almost certainly not live for a very long time at all.

If somebody were to live a healthy lifestyle however, combined with plenty of regular physical activity and a healthy and balanced diet rich in nutrients, they will stand a much better chance of living a long and prosperous life. A number of surveys and studies conducted all around the world recently discovered that the Japanese happened to live incredibly long, with more Japanese citizens living to 100 or even older than that. Experts believe one of the main reasons for this is down to their diet, which is why we now have what is more commonly known as the Okinawa diet, which is designed to help people all over the world to live longer and happier than ever before.

What is the Japanese diet aka the Okinawa diet?

Okinawa is located in the extreme south of Japan and it is the region of Japan which sees people live longer than anywhere in the country, and anywhere else on earth for that matter. The main reason why experts are convinced that Okinawa locals live for such an incredibly long time is their diets. The majority of the foods consumed in this region are made up of legumes including soy, and a vast quantity of fresh vegetables. The diet is naturally low in fat and calories, and is rich in complex carbohydrates, with the majority of them coming from vegetables and a small percentage coming from seeds and grains. Red meat consumption is low, as is the consumption of dairy products, and most of the protein comes from fresh fish rich in minerals and omega 3’s.

Why is the diet considered so healthy?

The main reason why the diet is considered so healthy is because all of the produce consumed is all natural, with very little processed foods, if any. As the diet is rich in fresh legumes and vegetables, people consuming these foods are absolutely flooding their bodies with vitamins, minerals, and antioxidants, all of which help to keep us healthy and help to fight off illness and disease by strengthening the immune system. Not only that, but as soy and fish are consumed, protein levels also remain as they should be, and any fats consumed will only be from natural sources, rather than from saturated or trans fats. Calories also remain naturally low because the foods that are eaten on a daily basis are so naturally low in calories.