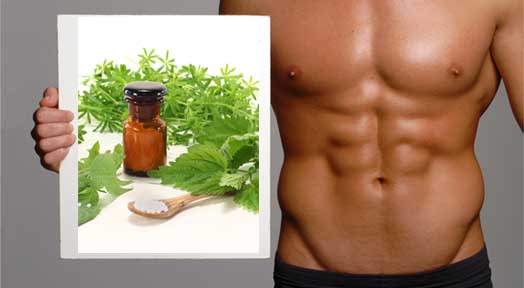 When it comes to weight loss sometimes all you need are mother nature's gifts. The foundation of most medicine comes from herbs and the chemical compounds held within and it is for that reason herbal fat burner are so popular. Here are few effective and completely natural herbal fat burner that have proven themselves to help speed up your metabolism, lose fat and detoxify your body.

Green tea has been used in traditional Chinese medicine for thousands of years. Historically it was mainly used by medical healers as an effective anti-inflammatory and has also proven itself effective for burning fat and detoxifying the body.

If you are able to replace your morning cup of coffee with green tea you will see and feel an enormous difference not only with fat loss but also with the general energy that some report lasts longer than coffee.

Is not a herb per-se but rather a chemical found in many herbs. A study was done where they gave volunteers 400 mcg of chromium picolinate which resulted in an average weight loss of 6 pounds of fat in three months without making any other lifestyle changes.

This highly effective fat-loss herb also aides in muscle retention. The well-known Dandelion is able to help your body to effectively metabolize any and all carbohydrates a lot faster than it would normally take and it is also able to help regulate your blood sugar.

Flax seed is derived from the flax plant which is an annual herb. It is well-known in the bodybuilding community and has been used as an effective way of getting healthy fats in your diet. As it is also very high in Omega-3 fatty acids. Flax seed helps you lose fat by increasing the speed of your metabolism through thermogenesis which basically means that certain fat cells will burn fat faster with the addition of omega 3 fatty acids.

There are a few other honorable mentions that have proven themselves to effectively speed up fat-loss without changing anything else in your diet or exercise plan. Herbs like Bitter Orange, Ginger or Indian Bedellium among others will also speed up fat-loss so put them to the test to help you reach your weight loss goals faster.