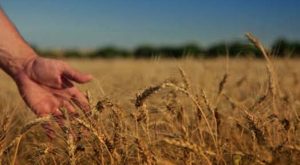 Wheat is good for you, right? Not necessarily. But that’s what all the whole-grain, whole-wheat fuss is about, so why should you cut it out? Driven to determine the source of the obesity epidemic in the United States, many have looked at the current dietary patterns and how they compare to the way Americans used to eat. What has been found is that American wheat may be one of suspects in this complex weight issue.

Wheat today is not what it used to be. Centuries ago when wheat was being grown by small farmers plowing their fields, wheat retains most of its natural goodness. Also, individuals did not consume as much because of less supply and lack of technology. If you think about it, during this time period no one waltzed into a massive grocery store and was able to choose from dozens of loaves of bread. They would either make the grain-based food at home or barter for the goods. Today wheat is mass produced, genetically modified focused more on making money than providing the body with the nutrients it needs.

“Genetically modified” is a hot button topic for many, and may be controversial. However, the genetic modification referred to in this sense is different than laboratory GMO gene splicing, food grown in a lab type visions that may come to mind. Instead it’s the small modifications that have been made through cross-breeding of seeds and changes made to make farming practices more efficient and more profitable. Even though these changes have been incremental, they are still happening faster than our digestive system can adapt.

What’s It Mean For Me?

Diets high in wheat have been linked to weight gain, particularly around the belly. Weight around the mid-section is always a concern. This usually stems from cosmetic view-point, but there are many health concerns that relate to extra pounds around the waist. Central Obesity as it is referred to can carry a host of health problems especially in men.

There is a strong correlation between central obesity and diabetes, heart disease, high blood pressure and stroke. Even if you are in a normal weight range (based on your BMI), you may have excess belly fat and increase your risk of these same diseases. Once again, proving that a number on the scale may not be the best indication of health.