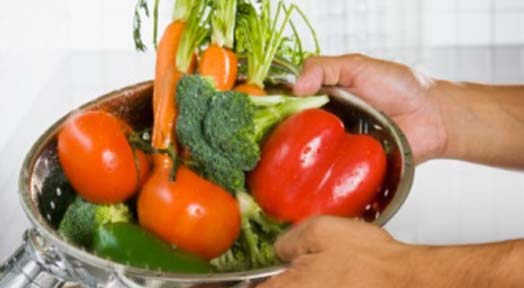 Over the years, there have been a number of diets emerged, some of which have proved extremely popular and effective, the Atkins diet for example, and some not so much, the ridiculous “chocolate” diet. Diets are designed primarily as a way of helping people to improve their health and to better their lives, yet some people see them as nothing more than a way of making some quick money by preying on vulnerable people. One diet that has emerged is the alkaline diet, and so far, all of the signs are pointing to the fact that this diet is the real deal, and could be very effective and beneficial indeed.

What is the alkaline diet?

Just as the name implies, the alkaline diet involves people consuming a number of various foods, all with a relatively high alkaline content, as opposed to a high acidic content, such as citrus fruits, red meat, etc. Basically, although it sounds pretty scientific, when you take away all of the scientific jargon, the diet boils down to the fact that people will have to consume healthy natural foods such as root vegetables, certain fresh fruits, nuts, legumes, pulses, beans, certain meats etc, in order to restore their body’s natural PH levels to around 7.3 – 7.5 which is considered neutral.

Why do people need this diet?

When we consume foods, they’re then digested, absorbed, and then metabolized in the body, where they then release either an acidic, or an alkaline base and by-product, depending on which foods have been consumed, which then makes its way into the blood stream. Now, certain foods such as most meats, fish, cheese, milk, dairy, salts, and citrus based fruits, can all lead to high amounts of acidic by-products being released into the body.

Experts believe that acidic diets can lead to disruptions within the body, which can lead to the loss of certain essential minerals including calcium, magnesium, and iron, all of which are extremely beneficial for a number of reasons. As the body attempts to restore a more natural balance, this can then lead to illness, which is of course an extremely bad thing.

Therefore, if people find themselves regularly prone to certain illnesses such as frequent cold and flu viruses, headaches, loss of energy, nasal congestion, cysts within the body, and much more on top of that, this could be due to the fact that they consume foods that are too rich in acids, and should therefore consider switching to a more alkaline based way of eating. Though it’s still relatively new, it’s already proving extremely beneficial and promising, due to the fact that people are getting more vitamins, minerals, and antioxidants thanks to the fresh vegetables if nothing else.